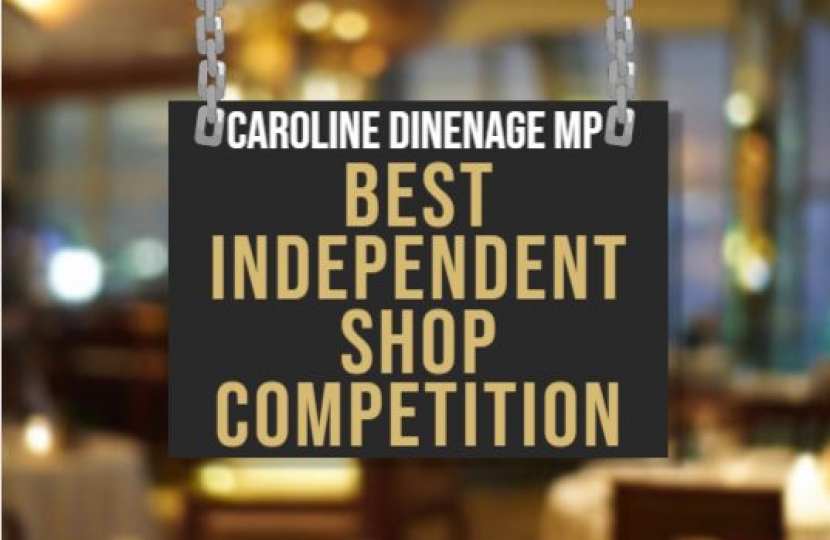 Local MP, Caroline Dinenage, has revealed the name of Gosport’s Best Independent Shop as noted for by residents of Gosport, Lee on the Solent, Stubbington and Hill Head!

Alverstoke Village Hardware have been crowned as Gosport’s Best Independent Shop 2021. With A Slice of Vinyl in Gosport High Street, P&J’s Food in Elson and Anita Blushing Bloom in Lee on the Solent coming in as Runners Up.

The competition started at the beginning of November when Caroline invited local people to nominate their favourite independent trader from the Gosport constituency on her website. Over 1000 nominations for more than 100 business came in with the Top 10 most nominated businesses going head to head. The hotly contested public poll concluded on Small Business Saturday (4th December) with well over 2000 people casting their vote.

The winning business will receive a bottle of House of Commons champagne and a certificate.

“It was fantastic to see so many constituents nominating their favourite small independent businesses across Gosport, Lee on the Solent, Stubbington and Hill Head.

Small businesses are the lifeblood of our economy and local people really appreciate the service they offer. This was a great opportunity to celebrate those who make a difference in our community .”