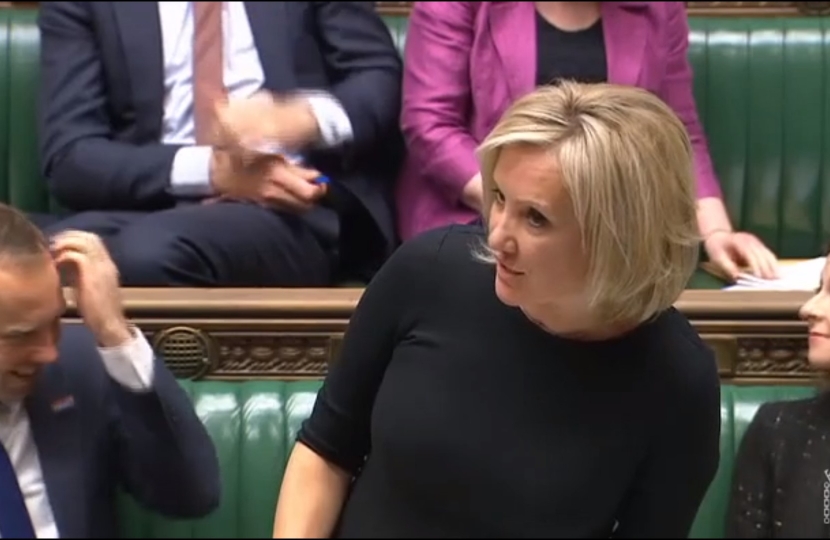 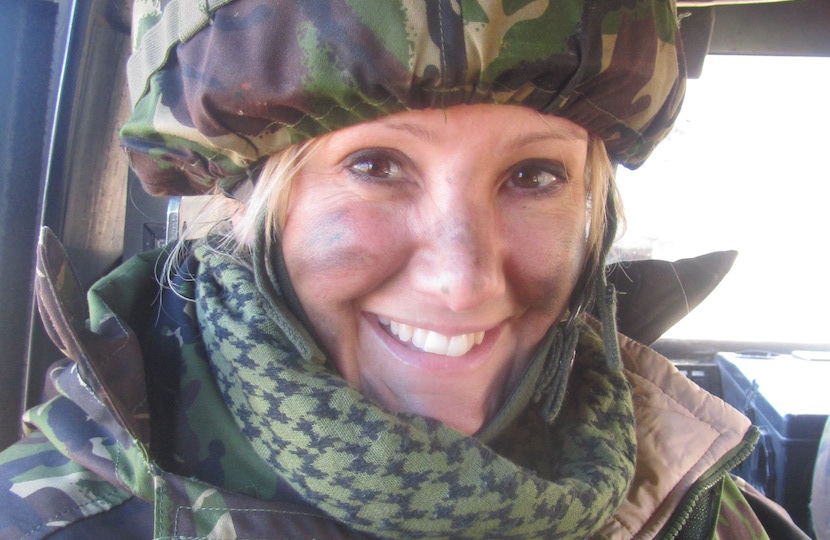 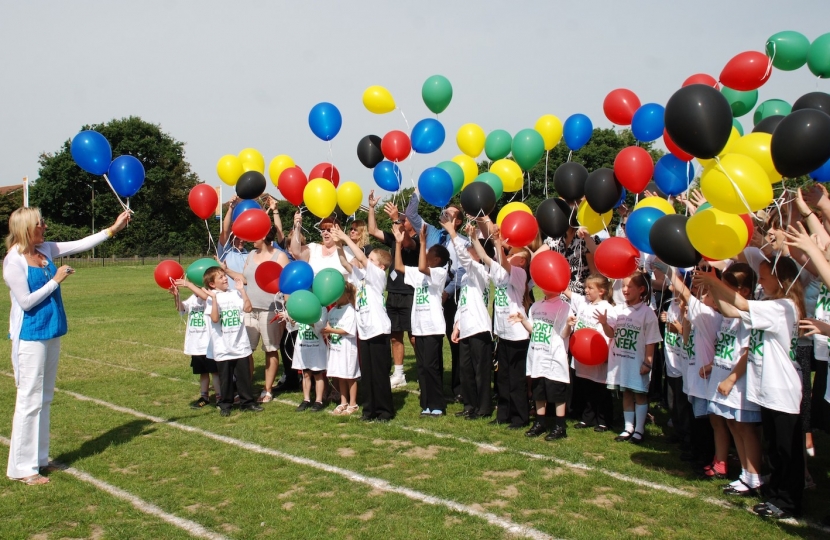 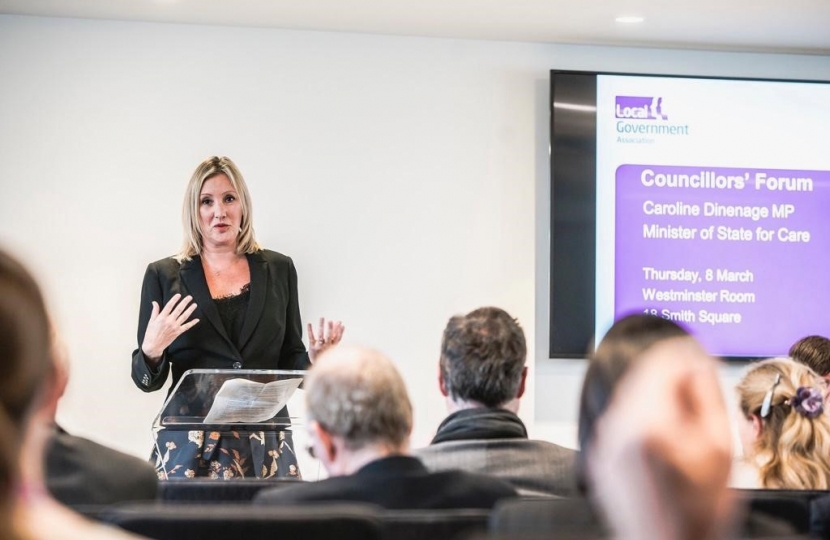 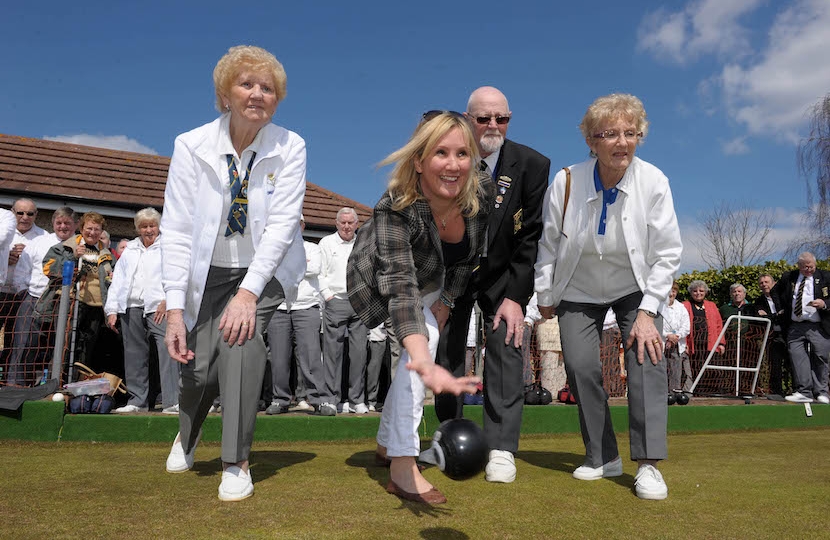 Born in Portsmouth, Caroline spent the her younger years growing up in South Hampshire. She attended Wykeham House School in Fareham, Oaklands RC Comprehensive in Waterlooville and Swansea University where she achieved a Politics and English degree. At just 19 years old Caroline established a successful manufacturing company, which she ran for over 20 years. Her expertise in and passion for small and medium-sized business would eventually earn her the accolade of Small Business Ambassador for the South, along with a seat on the Business, Innovation and Skills (BIS) Select Committee.

Caroline’s political career started in 1998, when she became the youngest ever member to serve on the City of Winchester district council. From there she went on to stand as the Conservative candidate for Portsmouth South in 2005, before securing a seat in May 2010 as Member of Parliament for Gosport, Stubbington, Lee-on-the-Solent and Hill Head, with a majority of 14,413 which increased to 17,098 and 17,211 in 2015 and 2017 General Elections. Caroline increased her majority again in the 2019 General Election to 23,278. Having already held various ministerial positions since 2016, Caroline most recently served as Minister of State at the Department for Digital, Culture, Media & Sport up until September 2021. Now a backbencher, Caroline is focusing her time on representing her constituents and has recently launched the All Party Parliamentary Group on Carers.

In her moments of free time, Caroline and her two sons like to make the most of Gosport’s waterfront location with her qualifications in powerboat driving, yacht sailing and open-water diving. She has risked both a parachute jump and an abseil of Portsmouth's Spinnaker Tower to raise funds for local charities. Caroline also enjoys skiing and horse-racing and is proud to have started the first ever parliamentary netball team!

As an avid animal-lover, Caroline has not only held a political advocate position in the RSPCA, but also adopted the role as one of the 5 MP Patrons of Conservatives Against Fox Hunting, a title that prompted Queen guitarist and animal rights campaigner Brian May to herald her as one of his ‘Heroes for 2010’.

Caroline In The Constituency

As a truly local MP, who has lived in South Hampshire her whole life, Caroline stands up for what matters to her constituents. She has helped secure a number of considerable investments for the local area, including over £50 million for the Enterprise Zone at Daedalus and over £50 million for infrastructure upgrades between Fareham and Gosport. In addition, Caroline helped secure a £25.7m package from central government to complete the long-awaited Stubbington Bypass, a much-needed new access route to the Gosport peninsula.

Having built up a glowing track record of supporting enterprise and innovation locally, Caroline played a key role in the creation of the Solent Enterprise Zone at the disused military airfield HMS Daedalus and instigated the successful 'Bridging the Gap' Regional Growth Fund programme for new and growing businesses in Gosport, Portsmouth & Havant.

Caroline has played a key role in the Solent Local Enterprise Zone (LEP) that works with local businesses, schools and authorities for the continued prosperity and development of the Solent region.

Making the most of her constituency's prime coastal location, Caroline has worked hard to promote the area as a world class hub for the marine and sailing industry and formed the Gosport Marine Scene in 2011 to promote the interests of local maritime businesses.

Caroline is dedicated to reaching out to all her constituents with her regular surgeries and street stalls. She's met with hundreds of local businesses and voluntary groups and has succeeded in visiting all 39 constituency schools at least once.

As strong supporter of small and medium-sized enterprise, UK industry and skills training in Parliament, Caroline was a member of the Business, Innovation and Skills (BIS) Select Committee. In June 2013, she was appointed the Small Business Ambassador for the South by the Prime Minister.

Caroline is passionate about boosting literacy and numeracy in the UK, and called for the BIS Select Committee to launch a landmark inquiry into the country's basic skills gap. She also formed the All Party Parliamentary Group (APPG) for Maths and Numeracy.

Caroline has a keen interest in defence issues, served as the Vice-Chairman (Navy) of the APPG for the Armed Forces for 4 years and successfully campaigned to secure a medal for the Arctic Convoy veterans of WW2. She has regularly spoken up on Forces welfare issues, such as the effect of the airbridge from Afghanistan on R&R times, where she secured a key concession.

Since rejoining the back-benches in September 2021 Caroline has been elected onto the Women & Equalities Select Committee and appointed to the NATO Parliamentary Assembly. She his also Co-Chair of the All Party Parliamentary Group for Unpaid Carers.

Sign up to hear from Caroline on local issues