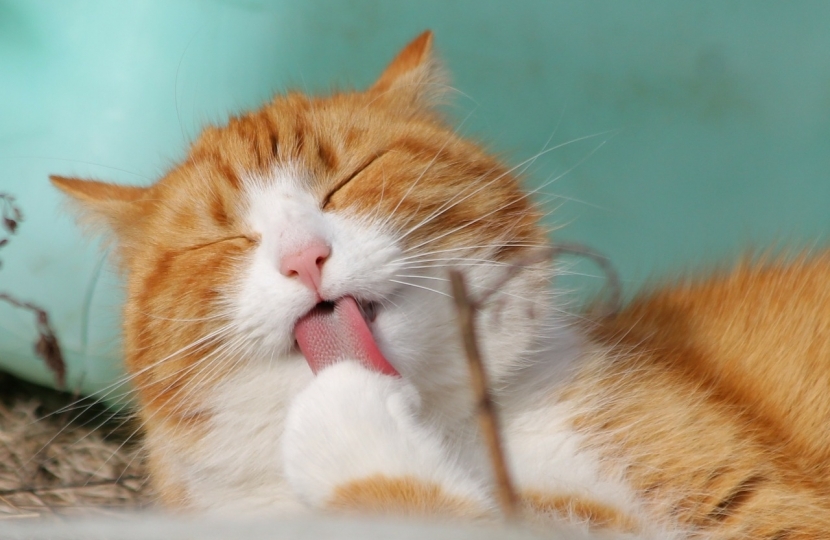 A committed supporter of animal welfare, Caroline served as an honorary Vice-Chairman of the RSPCA. This enabled her to work with them on a number of national campaigns and join the local inspector on her rounds in Gosport. She fully supports the increase in the maximum sentence that animal abusers who commit the most heinous crimes can receive.

Caroline actively backs the Hunting Ban and is committed to opposing any amendments that would weaken the ban. As a supporter of the League Against Cruel Sports and Conservatives Against Fox Hunting, she has worked hard to ensure this cruel practice remains outlawed and was even chosen as rockstar Brian May's 'Hero of 2010' for her work in this area. Caroline met with Peter Egan in March 2022 to discuss banning imports on hunting trophies. On this, Caroline said: "Our current legislation on imports of hunting trophies is one of toughest in the world, protecting nearly 7,000 species but all the time these loopholes exist there’s more to do and 9 in 10 people support further action. It’s time to end this barbaric practice once and for all”.

As a Dog Lover, Caroline is a strong supporter of “Finn’s Law” which will offer stronger protection for the many brave service animals that help to protect us.  She strongly believes that these loyal service animals deserve our best protection and is pleased that the Government has announced its support for this Bill. She also welcomes the ban on third party sales of puppies and kittens.

High standards of animal welfare at slaughter is something that Caroline is very keen to promote and she is pleased that CCTV is now mandatory in all slaughterhouses.

It is vital that our marine habitat is protected and Caroline is delighted that plans have been set out to create 41 new Marine Conservation Zones across the UK, safeguarding almost 12,000 square kilometres of marine habitats and marking the most significant expansion of the UK's 'Blue Belt' of protected areas to date. Our local seas also fall under Marine Protection Areas.

Caroline Encourages Constituents to Have Their Say On Trophy Hunts Trade

This weekend the Government launched its long awaited consultation on the import and export of animal trophy hunts.

The Government has announced new policies to tackle animal welfare issues in the UK.

On Friday, local MP, Caroline Dinenage, met the winners of her Gosport’s Cutest Pet Competition to award their prize!

Local MP, Caroline Dinenage, has welcomed a new bill to enable tougher prison sentences for the worst animal abusers which was introduced to Parliament yesterday.

The Government has announced a new Bill that will ban the use of wild animals in travelling circuses.

Lucy’s Law is Presented to Parliament

Today, Lucy’s Law is being presented in Parliament, proposing a ban on the third party sale of puppies and kittens.