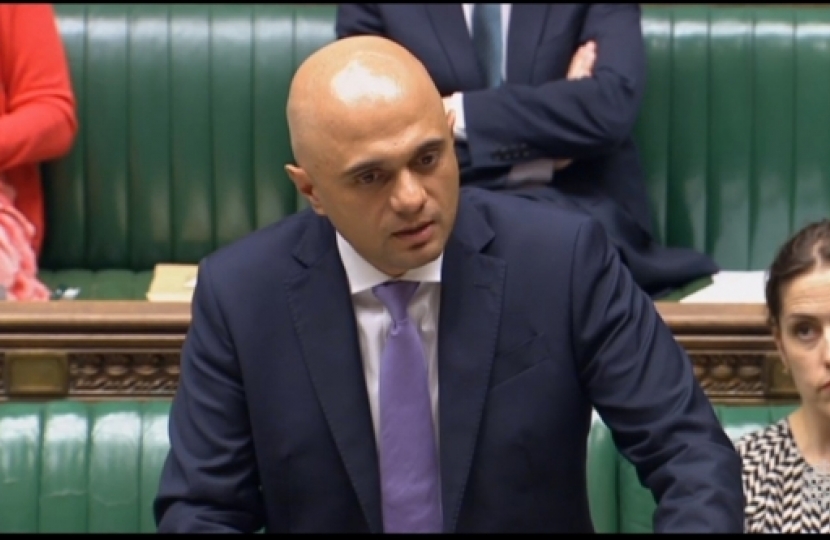 The Spending Round statement by the Chancellor, Sajid Javid, focused on moving away from austerity, to renewal and creating opportunity for all as we leave the European Union.

There will be £750 million pounds to recruit 20 000 more police officers, 10 000 more prison places and a reform of the prison system. £80 million for the Crown Prosecution Service and 5% real terms budget increase for the Ministry of Justice will work to create a better functioning criminal justice system. Money has been dedicated to tackle serious and organised crime, attacks on places of worship and online sexual exploitation.

The NHS has been granted a £6.2 billion increase next year, after last year’s announcement that our healthcare system will receive an extra £34 billion a year by 2023/24. Councils have also received the largest increase in local government spending since 2010 as they receive £1.5 billion to tackle the huge financial demands of social care.

An extra £54 million has been pledged to bring the total spending to tackle homelessness and rough sleeping to £422 million.

To build on the 25 Year Plan to protect and preserve our environment, £432 million has been given to the Department for Environment and Rural Affairs. This includes £30 million to tackle air quality and £30 million to build biodiversity and expand the UK’s Blue Belt. Funding will help deliver on the Net Zero Emissions Target by 2050.

Schools will receive an extra £7.1 billion, meaning every schools funding will rise with inflation and pupils numbers, with historically underfunded schools receiving the most. This includes the money dedicated to increasing teachers salaries to £30 000 and £1.5 billion to teachers pensions. The Chancellor has also announced a new focus on youth investment and centres.

“I am pleased that the Government has pledged to invest in our vital public services, committing to ensure my constituents feel safe, have access to healthcare and quality education.”

A committed supporter of animal welfare, Caroline served as an honorary Vice-Chairman of the RSPCA. This enabled her to work with them on a number of national campaigns and join the local inspector on her rounds in Gosport.

Caroline has always been a committed champion of women's equality. In particular, she has strived to inspire more women and girls to become business and career women and keenly encourages girls to take up STEM subjects in school.

Caroline has been hugely concerned about the high energy and fuel prices combined with the increasing cost of living that is hitting individuals and businesses hard across the constituency.