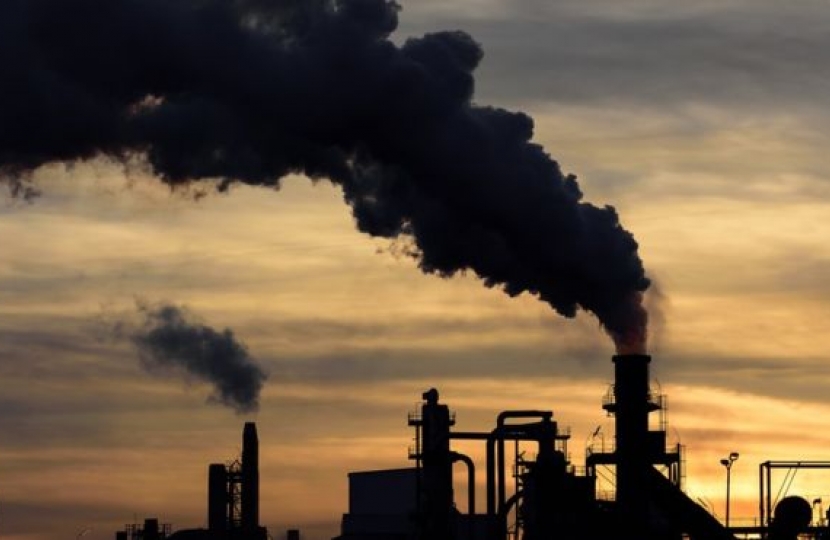 “We have reached an unprecedented time in our history, where our environment is critically threatened by human actions. We need to take action fast and now, which is why I am so pleased that the Government is strengthening its commitment to combating climate change.” Caroline Dinenage MP

Gosport MP, Caroline Dinenage, has welcomed the news today that draft legislation has been laid before Parliament to set a new greenhouse gas emission target for the UK, to be delivered by 2050.

This new target will make the UK one of the first major economics to legislation for net zero emissions. This is a continued show of leadership since eleven years ago we were the first country in the world to set legally binding long term targets to reduce greenhouse gas emissions.

The UK has already been working to deliver emission reductions – most recently through the first every coal-free fortnight since the industrial revolution. Other major actions include commitment to the Paris Agreement in 2015, Clean Growth Strategy in 2017, Road to Zero Strategy, the 25 Year Environment Plan and Modern Industrial Strategy. Low carbon technology and clean energy already contributes £44.5 billion to the economy annually.

Between 1990 and 2017 the UK has reduced its emissions by over 40% while the economy has grown by more than two thirds.

“I am delighted by today’s announcement. We have seen how climate change this threatening our environment, oceans, wildlife and way of life. Action is needed to ensure that our planet and its bounty is there for future Gosport generations to enjoy.

“I look forward to seeing how this legislation will be implemented on the ground and the significant changes it will make.”

“As the first country to legislate for long-term climate targets, we can be truly proud of our record in tackling climate change. We have made huge progress in growing our economy and the jobs market while slashing emissions.

“Now is the time to go further and faster to safeguard the environment for our children. This country led the world in innovation during the Industrial Revolution, and now we must lead the world to a cleaner, greener form of growth.

“Standing by is not an option. Reaching net zero by 2050 is an ambitious target, but it is crucial that we achieve it to ensure we protect our planet for future generations.”

“We want to continue our global leadership and that’s why we are introducing a legally binding net zero target to end the UK’s contribution to global warming entirely by 2050. The report we commissioned from the Committee on Climate Change makes clear that we have laid the foundations to achieve a net zero emissions economy, and that it is necessary and feasible.

“Almost 400,000 people are already employed in the low-carbon sector and its supply chains across the country. Through our modern Industrial Strategy we’re investing in clean growth to ensure we reap the rewards and create two million high quality jobs by 2030.”