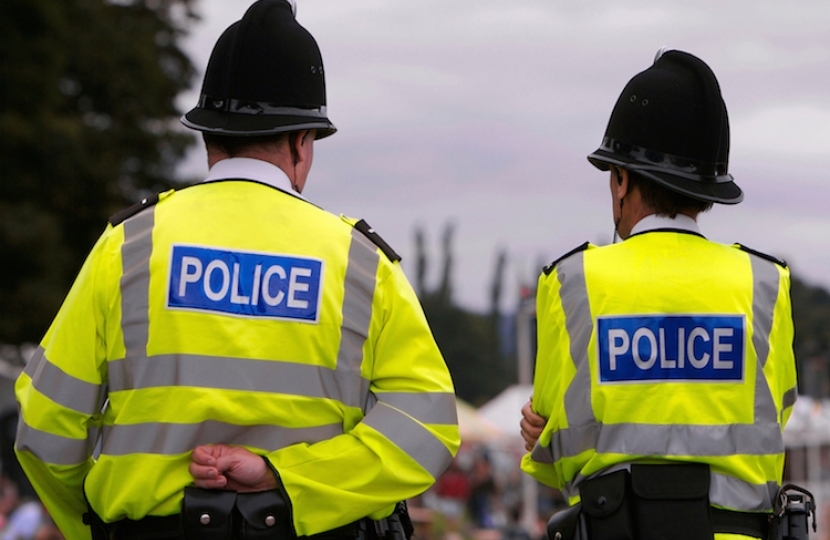 She has been on shifts with local Police traffic cops, rapid response team and the police call centre. She has met with the Home Secretary on a number of occasions to raise issues surrounding policing reform and action on immigration. She has also campaigned for tougher measures on drug and alcohol abuse, recognising the harm this causes to local people and communities.

As part of Scams Awareness Month, Caroline held a Scam Smart Event to equip constituents with the knowledge on how to avoid fraudsters. Caroline also hosted a Cyber Safety Event to help parents keep their children safe online.

Caroline successfully lobbied the Secretary of State for Justice to review the existing limit for causing death by dangerous driving following the deaths of two Gosport teenagers. In October 2017 the government announced plans to introduce tougher sentences for those whose irresponsible driving devastates lives.

Following the distressing case of Baby Stanley, Caroline raised concerns about the maximum sentence for causing or allowing the death of a child; which she believes is far too low.

A strong supporter of the Upskirting Bill, Caroline was delighted that this has now come into force and perpetrators can face up to two years in prison for this degrading and disgusting criminal offence.

Caroline welcomed the 220 new police recruits in the Hampshire Constabulary announced in 2021 - covering the Gosport and Fareham forces. The figures means that the Government is well on track on delivering its manifesto commitment, that Caroline was re-elected on in 2019, to deliver 20,000 new officers by 2023.

Caroline is a supporter of the Gosport Community Safety Partnership, the partnership aims to work together to reduce crime and anti-social behaviour and increase confidence amongst the community.

Local MP, Caroline Dinenage, has welcomed the announcement that 385 police officers have been recruited in Hampshire since September 2019, bringing the total number of officers up to 3,206.

Local MP, Caroline Dinenage, has arranged a meeting for members of the public to share their views and ideas on activities for young people across Gosport.

Today, new figures show that since last year there are 328 more police officers in Hampshire.

Caroline Welcomes Half a Million for Hants Police

This week, the Home Secretary has announced a £130.5 million boost to support police forces across the country in tackling serious and violent crime, including £490,000 for Hampshire Constabulary.

Gosport MP, Caroline Dinenage, has welcomed the news that the Hampshire Constabulary will receive £880,000 extra in funding for its Violence Reduction Unit.

Local MP, Caroline Dinenage, has welcomed the news that Hampshire Police are set to receive a maximum £21 million cash boost in 2021/22.

The force has already received £26.1 million in additional funding this year and have so far recruited 102 new police officers.

Since the start of the Government’s police recruitment drive last year, Hampshire Constabulary have recruited 102 new officers for the force, which includes the Gosport Police.

More Money For Hampshire Bobbies On The Beat

Hampshire Constabulary are set to receive £778,166 to increase patrols across the area, ensure that streets are safe and residents are COVID-19 compliant.

Sign up to hear from Caroline on justice, policing and other local issues