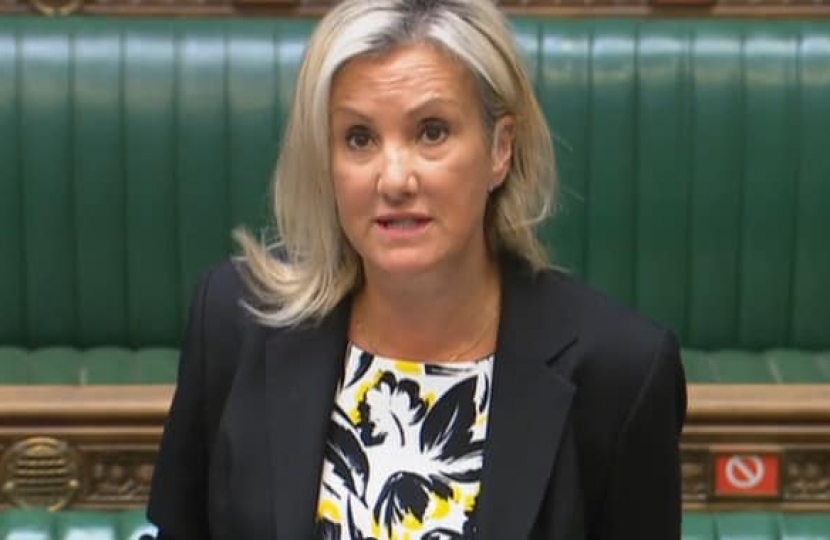 This week in Defence Questions, Gosport MP, Caroline Dinenage, called for MOD procurement & disposal  processes, left in place by the last Labour government, to be improved, so that taxpayers and local communities see maximum benefits.

Caroline is committed to protecting the area’s defence industry and frequently raises questions about local military issues in Parliament. The Gosport constituency has an extremely deep-rooted military history and so ensuring that MoD disposals of military establishments - such as Fort Blockhouse - benefit the constituents of Gosport is of the utmost importance.

“I could also like to express my condolences on the loss of Jack Dromey, who made his maiden speech the same day that I made mine. I was very fond of him.

“I have no doubt that some of the procurement processes that were inherited from the last Labour Government led to some of the flaws in the Ajax programme. I say that because it is emblematic of a catalogue of wasteful decisions such as the selling off of the Royal Naval Hospital Haslar in 2009 for £3 million when it had reportedly been valued at £52 million.

“Could the Minister please assure me that the MOD’s procurement and disposal decisions, such as that involving Fort Blockhouse at Gosport, will maximise the benefit for the taxpayer and for local communities?”

“I congratulate my honourable friend on her elevation and it’s good to see. She refers Mr Speaker to the approval process. That was indeed under the last Labour administration. I think passed main gate approval in March 2010. At around the same time the NAO was pointing out there are multi billion pounds of black hole that the Labour party was leaving in defence at that point in time.

“Getting on to Fort Blockhouse, I don’t believe that will be disposed of until I think 2023, so there is time to get this right. I’m more than happy to meet the honourable lady if that is helpful?”

“I am pleased that the Minister is willing to discuss the future disposal of Fort Blockhouse and will urge him to prioritise the best interest of Gosport’s constituents.”

The video can be found at https://fb.watch/at4D-mgeyl/