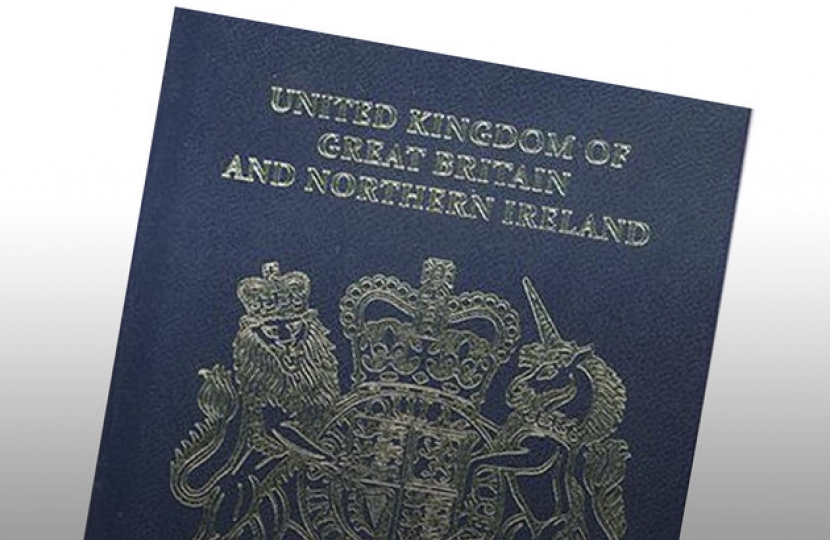 Local MP, Caroline Dinenage, has today welcomed the news that the Government will reintroduce the blue passport from 2019.

The current burgundy passports were introduced to standardise passport colours in the European Community from 1988, replacing the previous blue British passports which had been in use since 1921.

From the first day of Brexit in March 2019 EU insignia will be removed and five months later all British passports will be a dark blue colour.

In addition, anyone who wishes to apply early to have their current burgundy passport changed can do so.

Commenting Caroline said: "It is good news that the Government will reintroduce the iconic blue passport.