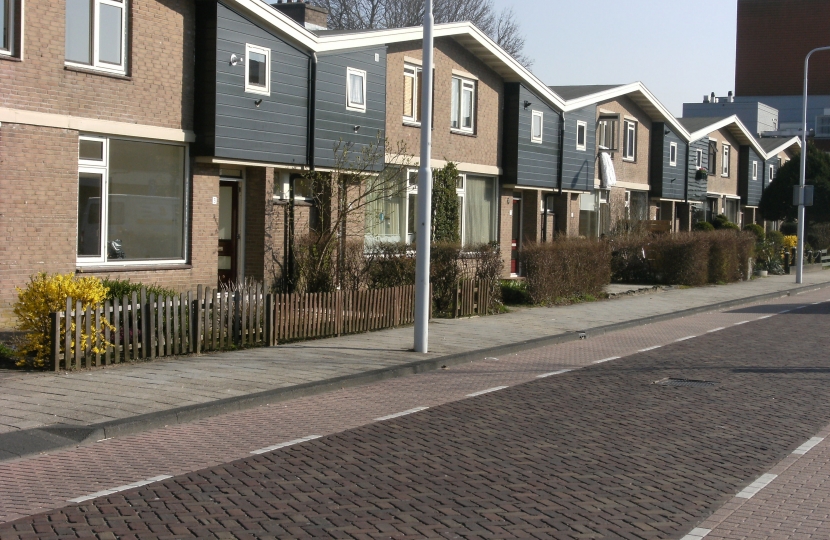 Caroline is strongly opposed to housing proposals which threaten the strategic gap between Gosport, Fareham and Stubbington. She believes it is vital that we protect this land as a stretch of countryside that keeps communities distinct and prevents urban sprawl, whilst providing valuable green space to the local community.

While understanding that we need new houses, Caroline believes that they should first and foremost be built on brownfield sites not green spaces, which are increasingly few and far between in the Solent region. She has strongly urged Fareham Borough Council to maintain the area between Gosport, Fareham and Stubbington as a strategic countryside gap, as outlined in their previous Local Plan.

Many of these proposed developments have been right on the border with the Gosport Borough, with access points through Gosport and using Gosport infrastructure and amenities. Gosport as a Borough is 72% built on, as opposed to the national average of 6%, and Caroline believes that developing homes in the strategic gap would create excessive pressure on our already overburdened roads.

In 2017, Fareham Borough Council were flagged as one of the 23 councils that need to tackle dangerous air pollution levels. Caroline believes that any housing development in the strategic gap would add to the air pollution levels in the area affecting the health and wellbeing of local residents.

She is also concerned about the pressures that developments within the strategic gap would further put on our already pressured schools, community facilities, dental practices and GP Surgeries.

Caroline has formally objected to both Fareham Borough Council and developers on a number of housing proposals in the Strategic Gap as well as Fareham's Draft Local Plan. She is committed to protecting the strategic gap and will continue to campaign against any future plans to use this valuable green space for housing developments.

Caroline has also objected to a number of housing developments which have threatened green space within the Constituency. Most recently, she was disappointed with the independent Planning Inspectorate’s decision on Persimmon Homes application

Caroline has welcomed the announcement of the Daedalus Development Company who will lead the development of the Daedalus Waterfront Site at Lee on the Solent. After a long tender process, Homes England has confirmed that Murray Twohig Development, Orwell Real Estate and Patron Capital, will undermine the redevelopment of the waterfront part of the disused military airfield site of former RNAS Daedalus. The development will include the restoration of historic buildings, new employment and commercial units, alongside community spaces such as a public park in Seaplane Square.

Caroline has previously met with the Minister for Housing to discuss how this will affect locl infratructure, with Gosport Borough Council bosses joined her to seek reassurance that the investment will deliver infrastructure to support wider commercial development and job creation at the Daedalus waterfront site.

Like many people I am bitterly disappointed with the independent Planning Inspectorate’s decision on Persimmon Homes application, for a number of reasons.

Caroline urges residents to have their say on housing development!

Caroline Dinenage this week challenged the Government over proposed planning reforms in Parliament.  Speaking from the backbenches, the Gosport MP and former Digital and Culture Minister told the Secretary of State, the Rt Hon Michael Gove MP, that housing numbers in Government proposals would ne

Elite Offsite are building low-energy, eco homes in the disused MOD munitions site while preserving the listed elements of the heritage site.

Gosport MP, Caroline Dinenage, has welcomed the new 95% mortgage guarantee that has launched this week to make homeownership a reality for constituents across Gosport, Hill Head, Stubbington and Lee-on-the-Solent.

Today, a new £5 billion ‘Project Gigabit’ has been announced to help reach over 1 million houses, businesses and public buildings with fast broadband.

Local MP, Caroline Dinenage, has written to the Secretary of State for MHCLG to request that the appeals for two controversial planning applications are recovered from the Planning Inspector.