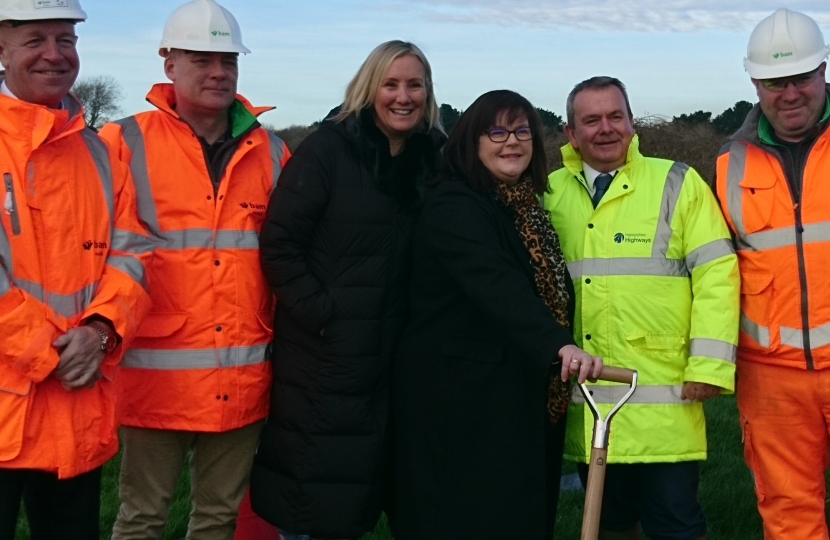 The new road scheme was developed in order to reduce journey times and peak time traffic jams in Gosport’s famously congested peninsula access roads. It is hoped that this infrastructure improvement should encourage further investment and regeneration into the area, especially at the Solent Enterprise Zone and improve the local environment, with better access for pedestrians and cyclists.

Caroline, a strong campaigner for improved access to the Gosport peninsula, has welcomed the news:

“I have tirelessly campaigned for this critical part of the solution to our local road nightmares, it’s so good to see the spades finally going into the ground!

“This new strategic route is essential to meet the needs of long-suffering residents and commuters, who put up with terrible congestion on a daily basis. It will transform connectivity of the Solent Enterprise Zone and the wider Gosport peninsula, breaking down a key barrier to our area’s economic regeneration.”

In October 2019 the Transport Secretary gave the project approval.

Work is due to be completed in Spring 2022. For more information about the Construction programme visit https://documents.hants.gov.uk/transport/transportschemes/StubbingtonBypass-meetthecontractoreventexhibitionboards.pdf