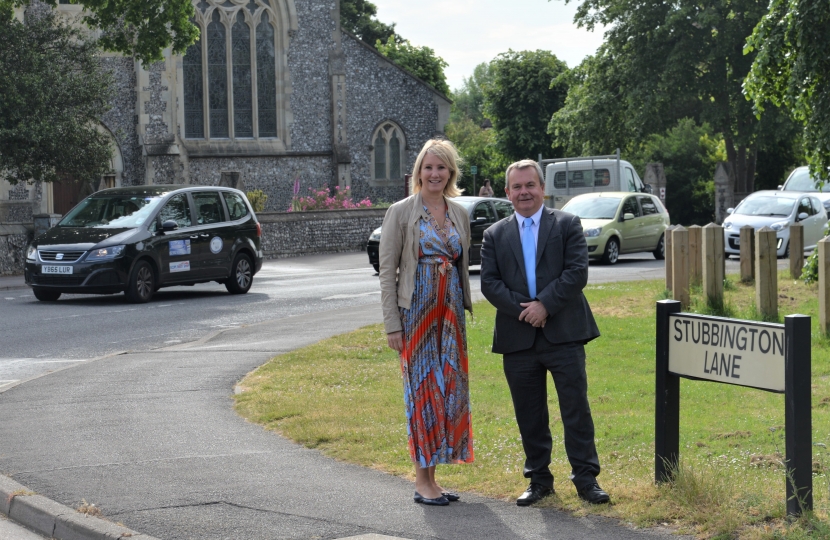 The Stubbington bypass scheme was developed in order to reduce journey times and peak time congestion in Gosport’s famously congested peninsula. This diversion should encourage further investment and regeneration into the area, especially at the Solent Enterprise Zone and improve the local environment, with better access for pedestrians and cyclists.

Local MP, Caroline Dinenage, a strong campaigner for improved access to the Gosport peninsula, has welcomed the news.

“I am delighted that this much-needed road improvement project will be delivered. The Stubbington Bypass is a critical part of the solution to our area’s traffic problems, which is why I have campaigned for investment in the project ever since I was first elected.

“This new strategic route is essential to meet the needs of long-suffering residents and commuters, who put up with terrible congestion on a daily basis. It will transform connectivity of the Solent Enterprise Zone and the wider Gosport peninsula, breaking down a key barrier to our area’s economic regeneration.”

A Public Inquiry into the Stubbington Bypass took place in 2018 and Caroline urged the Secretary of State to consider the Inspector’s Report as soon as possible to ensure there are no more delays to this integral project. In May 2019 the Transport Secretary gave the project approval subject to small text amendments.

“This confirmation that the business case has been approved and unlocked the funding needed from the Government to build this much needed bypass at Stubbington is great news.

“We made a commitment to the people of Gosport and Stubbington to improve traffic and travel in South Hampshire and have continued to press ahead with plans and pursue opportunities every step of the way to make this a reality. I'm grateful for the support of Gosport MP Caroline Dinenage who has worked hard to support our bid all through the process."