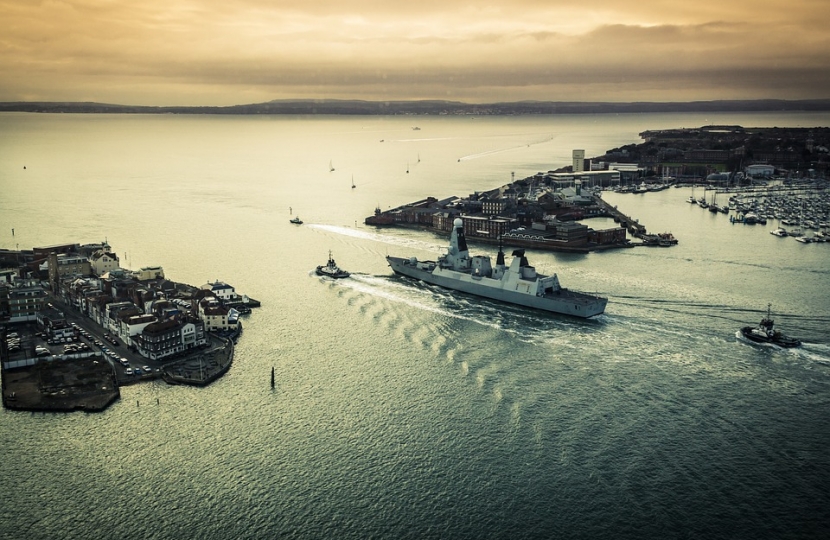 Local MP, Caroline Dinenage, is writing to Portsmouth International Port to encourage them to bid for a new pot of funding to prepare them for the end of the transition period.

The new Port Infrastructure Fund will help build new facilities and improve ports infrastructure from a £200 million funding pot. The aim is to ensure that ports are ready for when the UK leaves the Customs Union and Single Market as the transition period ends on December 31st 2020. The investment will also ensure that ports can handle new customs requirements and traffic management systems.

Portsmouth Port is vital for freight transport to northern France, Spain and the Channel Islands. To ensure that freight flows freely in the event that the UK leaves the Single Market and Customs Union without a deal, port officials have a contingency plan in place formed with the Local Resilience Forum.

Chancellor of the Duchy of Lancaster, Michael Gove, said:

“With just 3 months to go until the end of the UK transition period, businesses need to prepare now for the new procedures that will come into place whether or not we reach a trade agreement with the EU, so that we can seize the significant opportunities that lie ahead.

“We have listened to businesses and the border industry and will continue to work with them to deliver not just a fully operational border at the end of the transition period, but also the world’s most effective and secure border within the next five years. The launch of this £200 million fund will help us do just that.”

Last August, part of a £30 million funding package was ringfenced for Portsmouth Port and the Hampshire Local Resilience Forum for infrastructure improvements and to minimise potential disruption at the border. Caroline has also previously met with the then Secretary of State for Transport, Chris Grayling, with fellow South Hampshire MPs in 2019, to discuss the necessary preparations and concerns about congestion of surrounding roads.

“Portsmouth Port is a vital transport hub to Europe and the Channel islands, and I know that some constituents have had concerns over the impact of leaving the European Union and potential disruption to our local area.

“I have had reassurances from the Secretary of State for Transport that plans are in place, and Portsmouth Port has a contingency plan as well as ringfenced funding to help it prepare.

“This future investment is building on the government’s commitment to ensure minimal disruption as the transition period ends and I will be encouraging port officials to make their bid for Portsmouth."