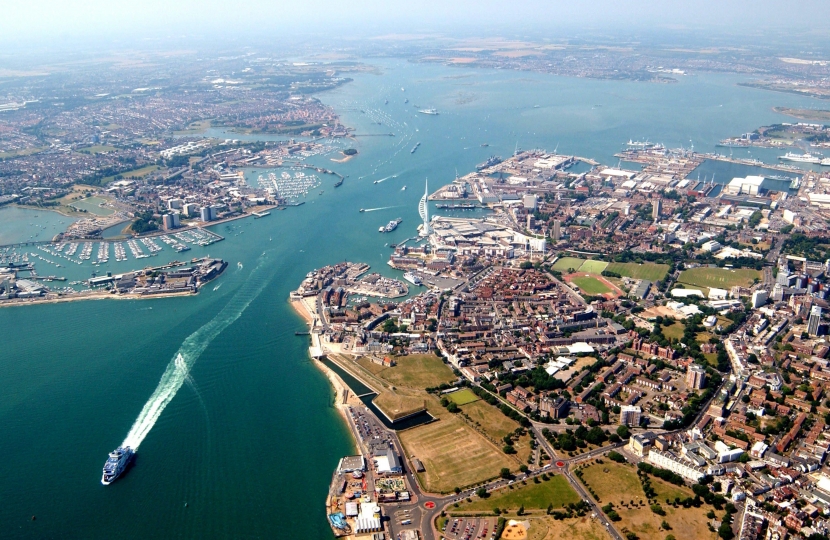 Today the Government has announced a £30 million funding pledge to ports in preparation for the UK leaving the European Union.

Some funding has been ringfenced for Portsmouth Port and for a Hampshire Local Resilience Forum to build the necessary infrastructure to minimise any potential disruption at the border.

Ports across England, including Portsmouth, are being encouraged today to bid for a share of £10 million to ensure trade flows and help enhance their capacity. If successful, Portsmouth will be given up to £1 million to deliver infrastructure improvements.

Across England, a further £15 million has been granted to longer-term projects, such as rail links to ports.

“We are leaving the EU on 31 October and we will be prepared whatever the circumstances.

“As the UK continues to develop as an outward-facing global trading nation ready for a post-Brexit world, the resilience of our trading hubs is more critical than ever before.

“This £30 million investment supports our ports in their work to boost capacity and efficiency, ensuring they’re ready for Brexit and a successful future.”

Local MP, Caroline Dinenage, has welcomed the news today after herself and fellow Hampshire MPs met with the previous Secretary of State for Transport, Chris Grayling MP, last year over concerns about the impact of leaving the EU on Portsmouth. Caroline has also spoken at length to Brexit Secretary, Steven Barclay MP, voicing her personal concerns about how this is going to affect her constituents given the proximity of Portsmouth to Gosport and their shared infrastructure.

“I am delighted that the Government has granted this vital funding to ports across England, including Portsmouth.

“I have been concerned for some time about the effect that leaving the European Union will have on our local area, including potential transport disruption to Gosport’s already stretching infrastructure and infamous road congestion.

“We need to leave the European Union, as Gosport voted for, but we need to ensure that there will be minimal disruption to residents across the UK. I am glad to see that this funding will work to ensuring that.”

The funding is part of the £2.1 billion pledged to prepare to leave the European Union.

Local MP, Caroline Dinenage, is hosting a virtual roundtable on the 17th of July from 10:00am to 11:30am to discuss the challenges facing small businesses in the Gosport Constituency during this difficult time.