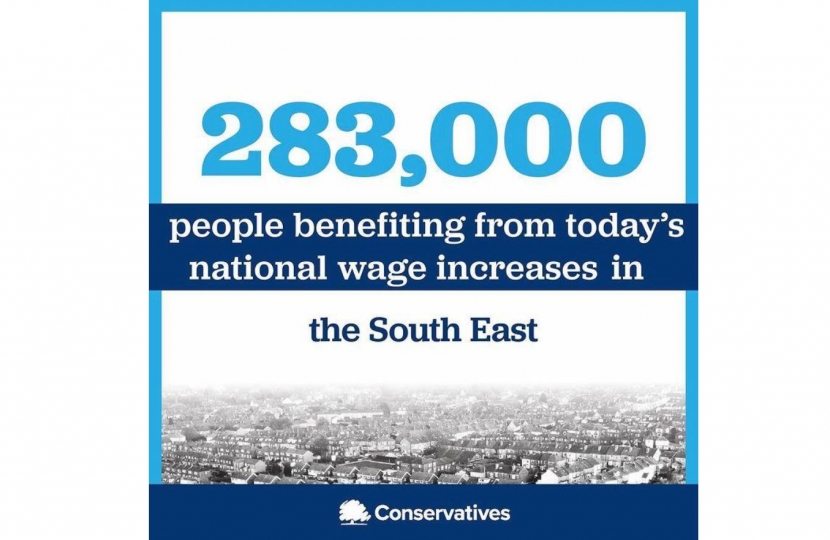 Gosport MP, Caroline Dinenage, has welcomed the news that today 283,000 people in the South East - including those in the Gosport Constituency - will receive a pay rise as the National Living Wage and National Minimum Wage increase.

This increase means that someone working fulltime on the National Living Wage from April 2021 will be taking home £5,400 more annually than they were in 2010.

In addition, more young earners are now eligible for the National Living Wage as the age threshold has been lowered from 25 to 23 years old.

“It has been an incredibly tough year for everyone across the Gosport Constituency, but I am pleased to see the changes that have come into force today to ensure that there is more money in the pockets of families and young earners.

“The increases in the National Living and Minimum Wages will provide a much needed pay rise as we slowly reopen our economy and businesses.”

This puts the Conservative Government on track to reaching its target to increase the National Living Wage to two-thirds of median earnings by 2024.

“The National Minimum and Living Wages have increased every year since they were introduced, supporting the lowest paid, and despite the challenges we’ve faced recently, this year will be no different.

“That’s why we’re providing a well-earned pay rise to two million people, which will be a welcome boost to families right across the UK.

“To make sure the next generation isn’t left behind, everyone over 23 years old will also now be eligible.”