"Our Ports should seize the opportunities of Brexit" says MP 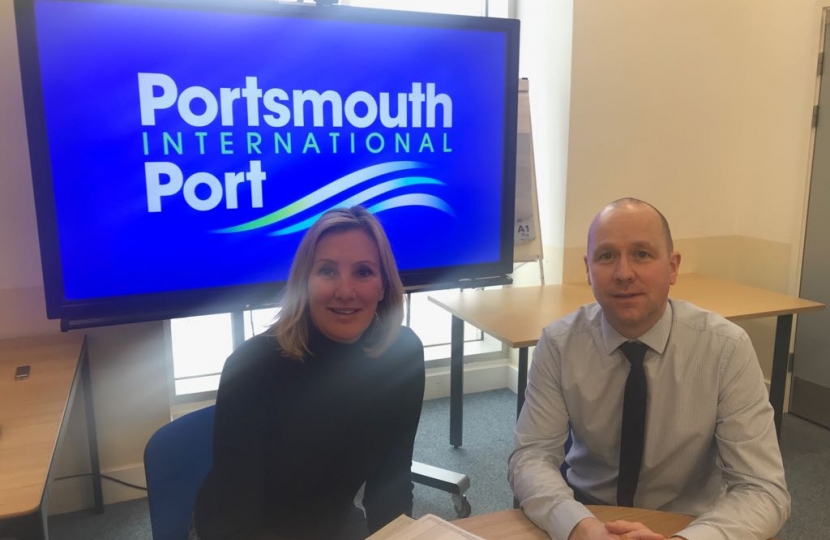 Caroline Dinenage urges the Secretary of State for International Trade to consider Portsmouth Port as a flagship freeport; following the announcement of an advisory panel which will assess the first wave of applications.

Freeports are zones which have reduced the costs, paperwork and checks when trading. Their reduced regulations and bureaucracy, results in more businesses being encouraged to set up or move to Freeports – meaning they become hubs for enterprise.

Ports and airports across the UK will be invited to bid to become one of up to ten freeports. They will ensure that Britain’s port cities and airports are ready to take full advantage of post-Brexit opportunities, including increased trade.

By striking new trade deals, leaving the EU on 31 October will enable us to introduce Freeports to drive growth and create thousands of high-skilled jobs in regions that have not seen the investment they should have had.

“Having spoken with the port authorities, I understand they, too realise the potential boost this will give the port and the surrounding areas.

As I expressed in my letter to Liz Truss, Secretary of State for International Trade, it is clear that if Portsmouth and the wider Solent area was awarded freeport status; we could unlock a new dynamism in our local economy as a centre of enterprise and high value manufacturing building on our existing economic strengths.

Such investment will greatly benefit my constituency of Gosport with its Portsmouth Harbour location and key economic sites such as the  Enterprise Zone at Daedalus Airfield.