New Landmark Budget To Get Things Done In the New Decade 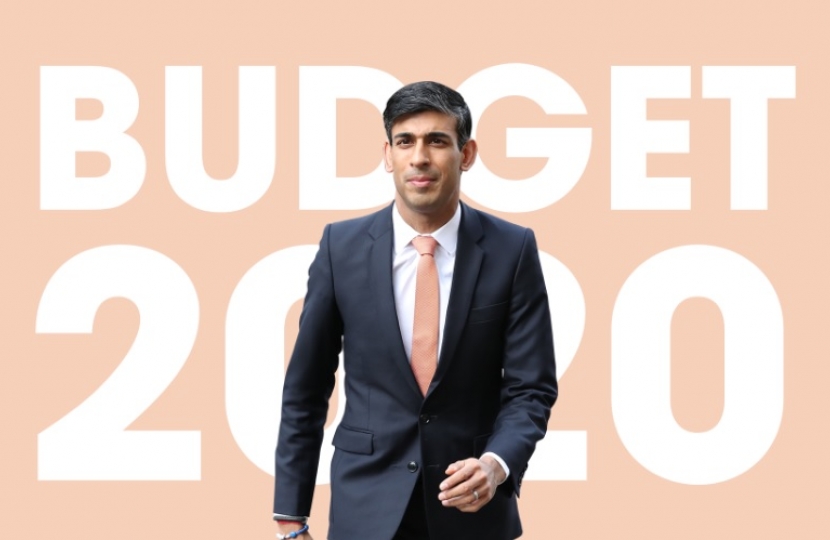 Today, Chancellor for the Exchequer Rishi Sunak, has announced the new budget for 2020, the first budget since October 2018.

To level up investment across the whole country, the Treasury has pledged the highest levels of real terms investment for every region of the UK since 1955. Totally more than £600bn over the next five years, tripling the average net investment made over the past 40 years into broadband, research, affordable housing and public transport.

However, due to the recent coronavirus (Covid-19) outbreak, the Chancellor warned of the short-term but ‘significant’ disruption to the UK economy, promising that the Government will have a ‘temporary, timely and targeted’ response. As such, £30 billion has been pledged to support those who are self-employed, businesses, the NHS and welfare. This includes ensuring that small retailers and businesses, such as music venues, cinemas, pubs, museums and sports clubs, have no business rates this year.

The Chancellor has announced record levels of infrastructure investment, the highest in decades. England will see a £2.5 billion fund as part of the National Infrastructure Strategy to fix potholes across the country. £5 billion – the largest ever public investment into UK broadband – will see 40 times faster than standard superfast broadband available in both urban and rural areas. £27 billion will also be invested in strategic roads and motorways.

Now that the UK has left the European Union, the Government is looking to boost businesses, trade and exports to grasp the opportunity of new global trade deals. Raising the employment allowance from £3000 to £4000 for businesses and a £5 billion boost for British exports.

Workers and families across the country will also see more money in their pockets as increases to the national insurance threshold to £9500 and rises in the National Living Wage by 6.2% will mean that full time workers on minimum wage will be £5200 better off annually than in 2010. That is a tax cut for 4.4 million people in the South East. To help armed forces personnel and veterans, companies will have a tax break if they hire a veteran as they will no longer have to pay a National Insurance Contributions for their first year of work. To further support veterans the Treasury is donating £100 million to the Armed Forces Covenant Trust for mental health support services.

Combating climate change was a key feature of this year’s budget. After the recent devastating floods, funding for flood defences will be doubled for communities with £120 million to be made immediately available for damage repair. In total, £1 billion is to be invested in green transport solutions. The Government is going to make it cheaper to buy low emission transport vehicles as well as ensure electric charging points are available across the country. 30 000 hectares of trees are to be planted, with increased taxation on plastic packaging. Importantly, councils will see £304 million to improve air quality.

Important freezes have been made on fuel duty and alcohol duties, while the tampon tax has been abolished now that the UK has left the European Union.

Further Education is getting a significant funding boost of £1.5 billion over the next 5 years, with the South East receiving £2.6 billion in additional school funding. Every region across the country will see further funding for specialist math schools, art classes, P.E and football pitches.

Despite the NHS receiving the biggest cash boost in history - £33.9 billion by 2023/4 – today the Chancellor announced a further £5.4 billion and changes to NHS pensions, addressing the ‘taper problem’ for 98% of senior medical consultants.

“This is an incredibly exciting start to the new decade, with real and significant investment being made to our schools, NHS, climate and communities.

“The budget today not only delivers on our manifesto promises but goes above and beyond in investing in our economy, people and building Britain’s future prosperity.

“The Government action to mitigate the effects of coronavirus is reassuring for workers and businesses and I am pleased to see that the NHS will get all necessary funding to keep my constituents safe. Despite the epidemic that we face, there is much to be positive for looking forward.”

The 27th June marks one year since the UK enshrined its net zero policy into law, a target that requires the UK to bring all greenhouse gas emissions to net zero by 2050.