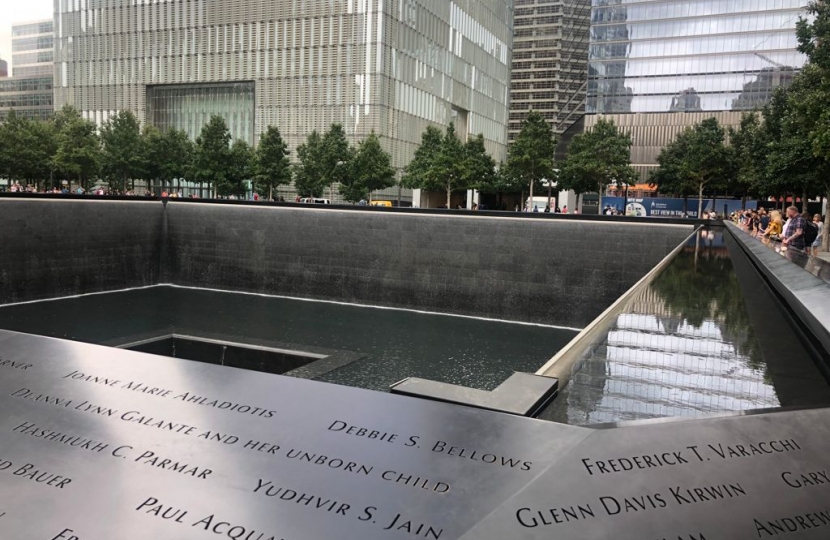 On the afternoon of September 11th I was in my office at the business I used to run in Hordean. One of my customers came in and said they had just heard on their car radio that a plane had hit the Twin Towers in New York, it was thought in a dreadful accident. We immediately turned on the TV and were watching live as the second plane struck, then both towers fell. We subsequently learned of the other planes which hit the Pentagon and crashed into a field in Pennsylvania. In total nearly 3000 people died that day. I just remember feeling numb with disbelief at the  horror, as if my brain couldn’t absorb it.  I don’t think anyone quite understood how significantly the global impact of those events would still be felt two decades later.

A couple of years ago I took my teenage sons to the 9/11 memorial and museum in New York. I thought it was really important for them to understand about this earth shattering day and the chain of events which followed.  The world came face to face with the pure evil of terrorism and understood so painfully the human cost that could be wrought by hated and intolerance.