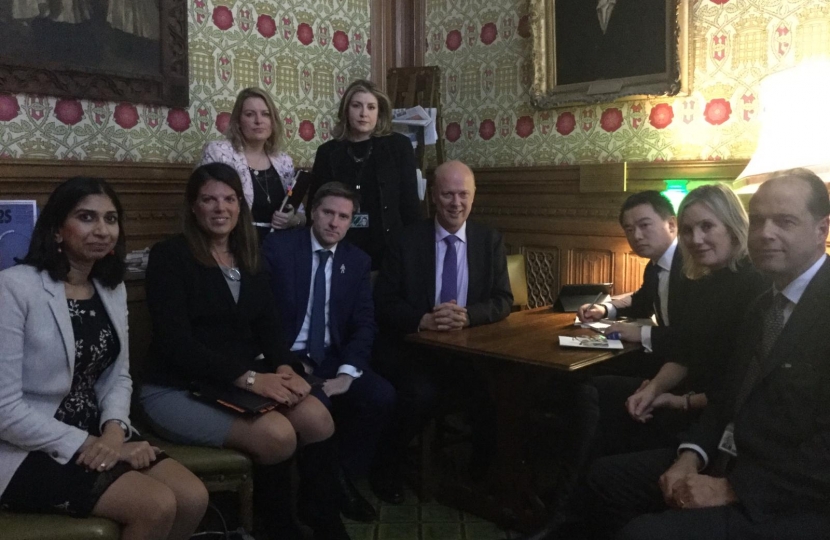 Gosport MP, Caroline Dinenage, alongside MP's from across South Hampshire met with Chris Grayling, Secretary of State for Transport, to discuss recent concerns surrounding Portsmouth Port in the event of a No-Deal Brexit.

Concerns were raised earlier this month, at a meeting of the Local Resilience Forum, regarding the impact a No-Deal Brexit could have on movements at the Port and congestion on surrounding roads.

The area's MPs met with the Minister to ensure that the Government were working to ensure major traffic congestion would not be caused on local roads following a No-Deal Brexit. They were assured that the Department of Transport have looked very carefully at this, that very few additional ferry movements to Portsmouth are projected and that ferry companies have reassured them that the proposed increases would be manageable.

"It was very useful to meet with Chris Grayling to ensure that the Department of Transport are taking our concerns seriously. I was pleased to be reassured that there are no plans to shut any roads and that predictions that the M3 might be affected are wholly inaccurate.

I have, however, asked the Secretary of State to double check their profiling to be absolutely certain, as Portsmouth Port is very small and the location means that traffic difficulties can easily occur."

The Secretary of State advised that he will be writing to the Local Resilience Forum in person to address and allay their concerns.