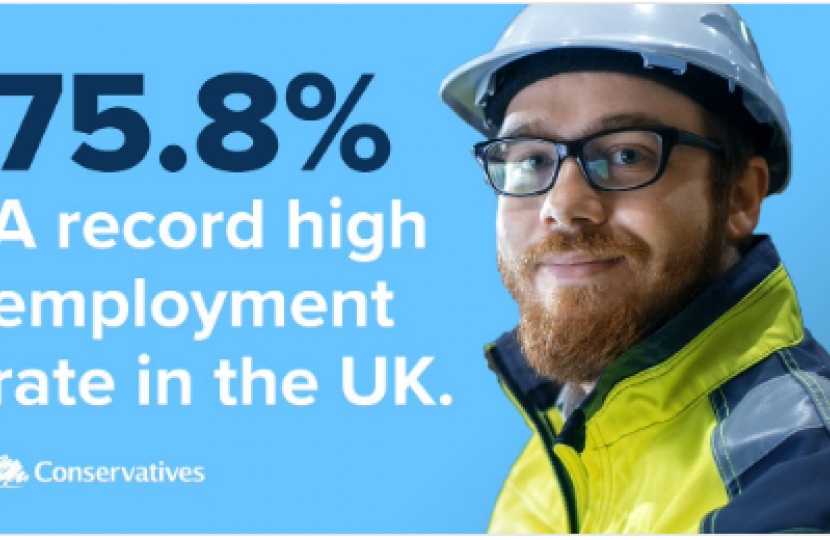 "The economic revival of Gosport has always been one of my top priorities. We have come a long way since we were written off by the last  Labour Government.” Caroline Dinenage MP

Local MP, Caroline Dinenage, has welcomed news that unemployment has fallen to a record low and is down 49% in Gosport since 2010.

New figures released by the Office of National Statistics showed the Claimant Count at 720 down from 1440 in May 2010.

Nationally, unemployment is at a forty year low having halved since 2010. A record 32.53 million people are employed, representing 75.8% participation of the workforce.

Real terms pay has also risen as wages have risen faster than the cost of living.

“In 2010 as the new MP for Gosport, I inherited high unemployment, a devastating legacy of Labour’s Great Recession. Since 2010 the Conservatives have seen record amounts of job creation and employment. This is great news locally meaning more prosperity and opportunities for everyone.”