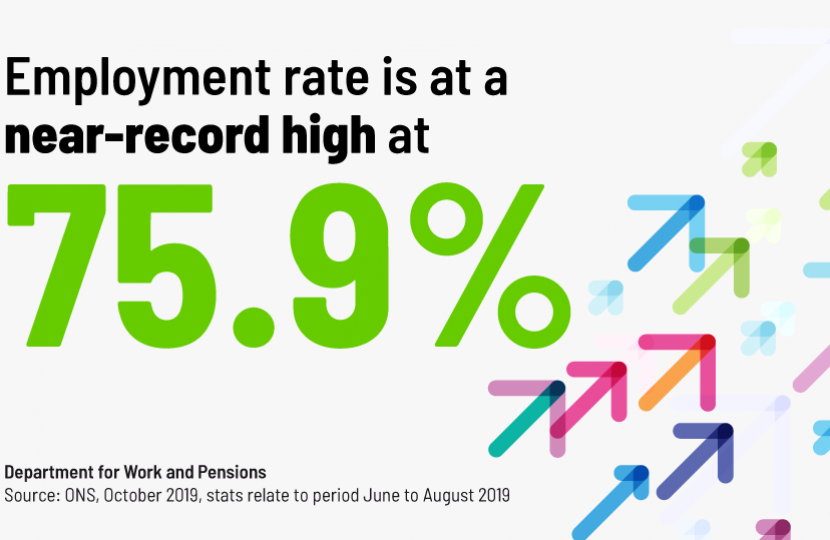 Local MP, Caroline Dinenage, has welcomed the news that wages continue to rise ahead of prices for the 19th consecutive month in a row.

Figures released today by the Office of National Statistics have shown that average weekly earnings for employees have increase by 3.8 per cent in comparison to last year, a 2 per cent increase after inflation.

The Conservative Government has committed to cutting the cost of living and ensuring that more people keep the money they earn in their own pockets. By increasing the personal tax allowance to £12 500, 32 million people have already received a tax cut. Free child care spending has doubled to help parents save for their families future and most recently the government has announced an increase to the National Living Wage to £10.50.

“I am really pleased to see more good news on jobs and wages. We have consistently seen a rise in wage growth above inflation levels and employment rates that help hard working residents keep their wages.

“However, with Gosport’s continued low job density – 0.5 jobs per person - I shall continue to work with local businesses and stakeholders to encourage growth and employment opportunities locally.”

Local MP, Caroline Dinenage, is hosting a virtual roundtable on the 17th of July from 10:00am to 11:30am to discuss the challenges facing small businesses in the Gosport Constituency during this difficult time.