'Let's Clear the Air Together' Consultation 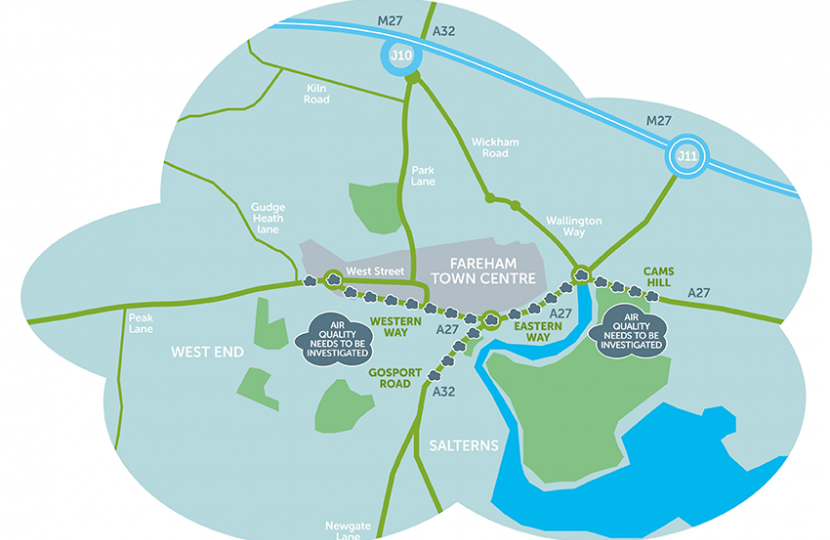 I have seen a great deal of concern on Social Media regarding Fareham Borough Council's 'Let's Clear the Air Together' consultation, specifically Measure 11.

Back in July 2017, Fareham Borough Council were flagged as one of 23 councils that needs to tackle dangerous air pollution levels. As a result, 11 measures are being considered to reduce levels of air pollution; some of these - like promoting bus usage, improving the sequence of traffic lights and encouraging cycling and walking make a lot of sense.

However a Charging Clean Air Zone (CAZ) - (a road toll for LGV and diesel vehicles and commercial LGV and HGV) is clearly out of the question and simply can never be allowed to happen.

By way of background, the Joint Air Quality Unit (set up by Government to help councils put together plans to reduce air pollutants) requires this option to be assessed as a potential measure, that's why it's even being considered. However, Fareham Borough Council and Hampshire County Council have both stated that this would be a last resort measure and extremely unlikely to be taken forward.

Nevertheless, I fully understand the worry and concern Measure 11 has created and the impact such a crazy idea could have on Gosport residents and businesses. That's why I have made my own views strongly against this measure known in the consultation and I would urge others to do the same here.