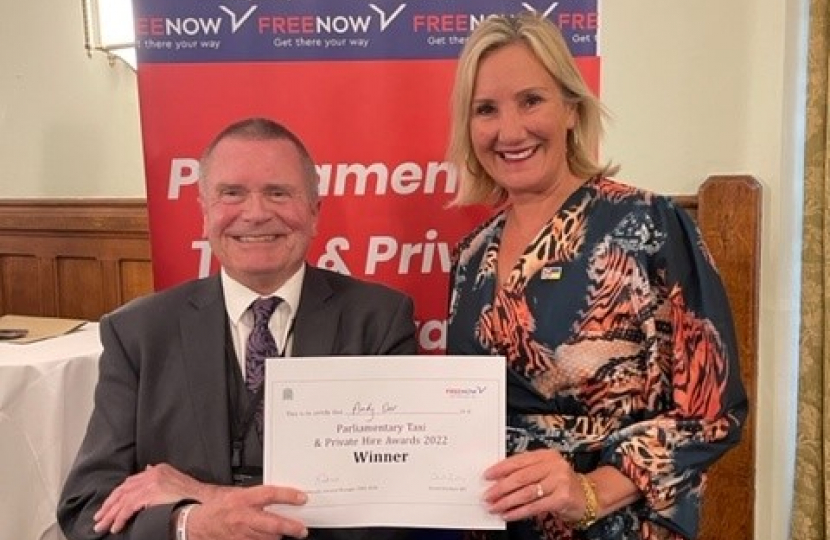 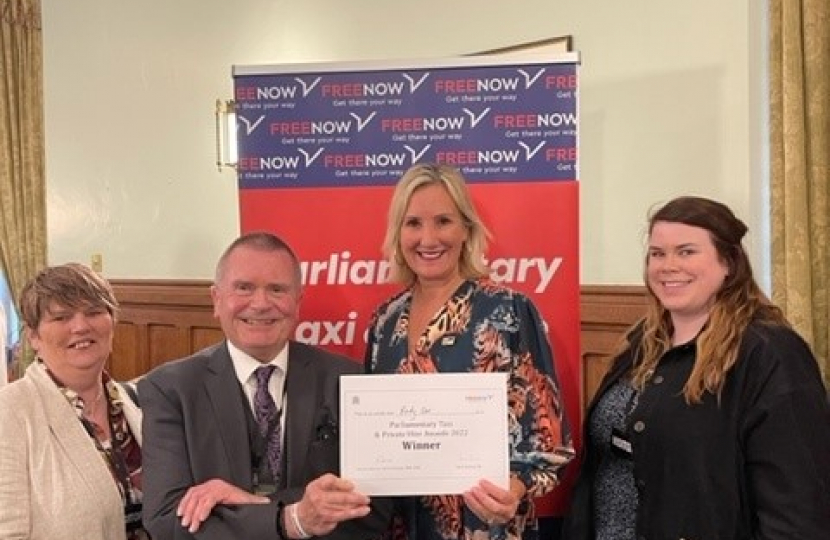 There was success for the Gosport Constituency in Parliament this week when local taxi-driver, Andy Orr, was named one of the winners of Parliamentary Taxi and Private Hire Awards 2022.

Dame Caroline Dinenage MP was delighted to welcome Andy, of Taxi Lee on the Solent, and his family, to the House of Commons to attend the awards at a reception where he was presented with his winners certificate.

The Parliamentary Taxi and Private Hire Awards celebrate taxi and private hire drivers from across the country who have gone above and beyond for local people. Andy was nominated after Caroline ran a competition on her Facebook site where constituents could put forward local cabbies who they felt should be recognised for great service.

The awards, organised by the All-Party Parliamentary Group on Taxis and sponsored by FreeNow were launched several years ago. They aim to bring the industry, which employs more people than any other form of public transport, together and celebrate cabbies who make a difference in people’s lives, in their local community, or for their sector.

“It was great to meet Andy and his family for the awards. He was nominated by local people who feel that he literally goes the extra mile for his customers. It’s good to see him recognised for his hard work. I’m very proud of him!”

“I would to like to think this award is in recognition of the invaluable contribution that Taxi and Private Hire Drivers make to the local and national economy in these difficult times.”