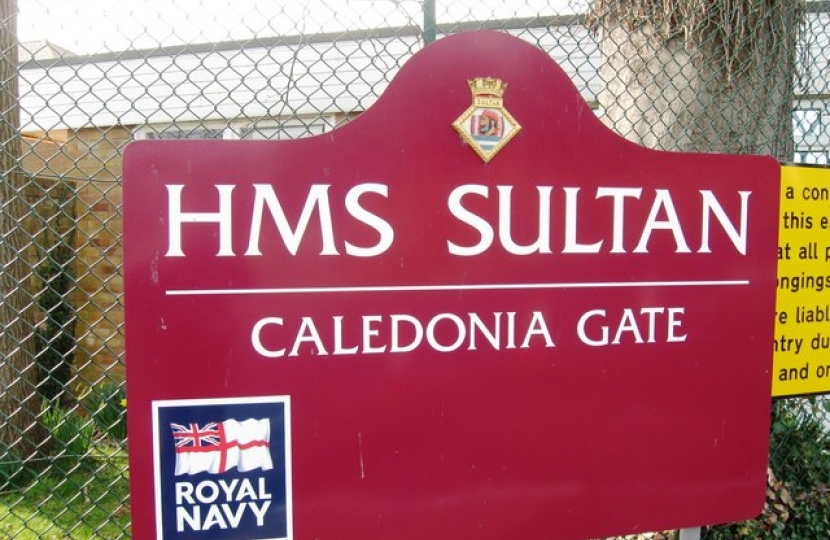 “This is the first, hard-earned, vital step towards securing the long term, sustainable future for HMS Sultan” Caroline Dinenage MP

Gosport MP, Caroline Dinenage, has warmly welcomed today’s news from the Ministry of Defence, that the disposal of HMS Sultan has been postponed.

The 2016 MoD "A Better Defence Estate" set out plans to dispose of 91 military sites across the UK, including 2 sites in Gosport, which would have seen HMS Sultan close by 2024.  But today, Defence Minister Tobias Ellwood made a statement to Parliament saying “The closure of HMS Sultan, the home of the Defence School of Marine Engineering and the Royal Naval Air Engineering Survival School will now be delayed.”

This Ministry of Defence backtrack on Sultan comes after a hard fought campaign by the local MP to demonstrate its closure would be detrimental to Royal Navy engineering training, a financial disaster for the MoD and a betrayal of the Gosport community.

Caroline met with former Defence Secretary Michael Fallon MP shortly after the 2016 announcement and in 2017 brought Defence Minister, Tobias Ellwood MP, to Gosport to visit HMS Sultan and show him first-hand the importance of retaining the Ofsted-excellent-rated training establishment.

Caroline also formed a Gosport ‘Taskforce’ made up of local and national stakeholders, including the Defence Infrastructure Organisation (responsible for defence estates) to plot a sound economic future for local public estate that was earmarked for disposal and discuss alternatives to closing HMS Sultan.

“I’m delighted that the Ministry of Defence have finally concluded what local people have always known, that closing HMS Sultan would be a huge mistake for the MoD the Royal Navy and Gosport. This area has a proud history of serving our Armed Forces and excellent facilities such as these are vital to ensuring that our personnel are equipped with the skills they need to defend our country.”