Government Commits to Turning The Tide On Climate Change 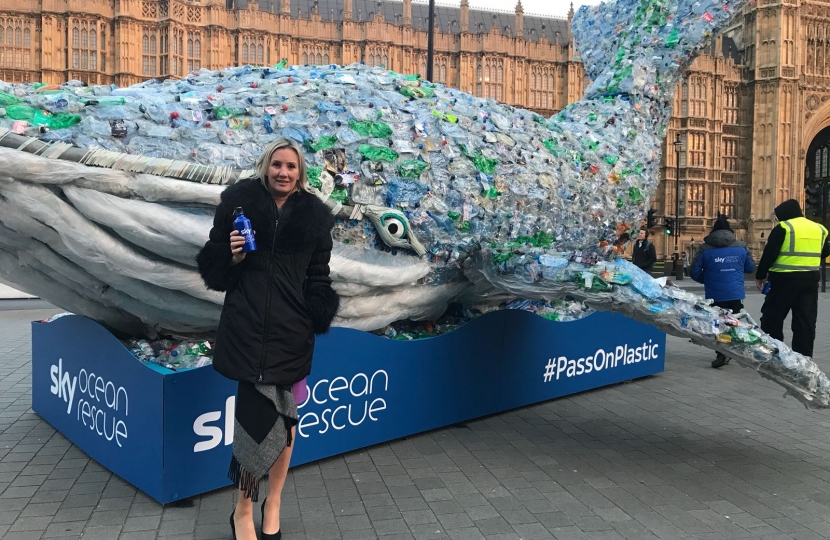 The Government has continued to make further commitments to combat climate change internationally, this week announcing at the UN General Assembly in New York that it will double its investment to developing countries through the UK’s international climate finance (ICF).

It is estimated that 100 million people could be forced into poverty by 2030 due to climate change. The UK will now commit at least £11.6 billion over the next five years to the developing world who most keenly are affected by climate change.

The ICF works across the globe to help the world’s poorest countries deal with climate change, contributing funds to projects that tackle issues such as deforestation, climate resilience and sustainable development.

In the last eight years UK aid to the ICF supported projects that helped:

British scientists and innovators have been granted up to £1 million to develop technology to reduce emissions and meet global climate change targets through the new Ayrton Fund. This should work to help the poorest communities who are still off the grid, relying on firewood and polluting energy sources get the energy they need through cleaner and greener systems.

Also in New York this week, the Prime Minister Boris Johnson announced a bold new package of support to developing countries to prevent deforestation, including:

“Our planet’s rich biodiversity is under threat. As we destroy the world’s forests, we drive ever more species to extinction, we erode nature’s ability to cope with climate change and we undermine the livelihoods of millions of people. The UK recognises that we are at a tipping point and that action now is both urgent and essential.

“Our contribution through UK aid reflects that and will help turn the tide on the environmental crisis we face.”

To further prevent species loss, a new £220 million fund to save endangered animals through the International Diversity Fund.

The world’s animal populations have declined by almost two thirds in the last 50 years. With only 400 Sumatran tigers left and rhino poaching in South Africa increasing by 9000% since 2014, the funding will go towards tackling the international illegal wildlife trade that threatens species with extinction, working towards strengthening law enforcement, anti-poaching rangers and helping communities. It will also help pioneer ‘green corridors’ to protect and restore habitats threatened by human activity.

Local MP Caroline Dinenage supported Tearfund, an international charity helping developing countries adapt to climate change, during her #PlasticPledge for Lent where she gave up using or buying single-use plastic. A total of £8 884 768 was raised by Tearfund’s campaign to give to the poorest communities across the globe.

“Our planet is facing the unprecedented challenge of climate change, one that could irreversibly alter the face of our planet. Sadly, it is the poorest communities and helpless animals that often are hit hardest.

“I am very pleased that the Prime Minister has announced further action to not only help communities adapt, but also tackle the source of the problem, such as carbon emissions, clean energy and habitat and biodiversity loss. I sincerely hope that this and continued commitments by the Government and international community will ensure that our forests, animals and planets will be there for my children to see.”

“The global population of animals is plummeting faster than at any time in human history. There are now more peers in the House of Lords than there are Sumatran tigers left in the world. And we risk there being no tigers left at all when the next Year of the Tiger comes round in 2022.

“It is a privilege to share our planet with such majestic beasts as the African elephant, the black rhino and the beautiful pangolin. We cannot just sit back and watch as priceless endangered species are wiped off the face of the earth by our own carelessness and criminality.

“That is why I am announcing today that we are ramping up UK efforts with a new action plan to save the natural world. And I’d like to see leaders in New York this week pledge to do the same.”