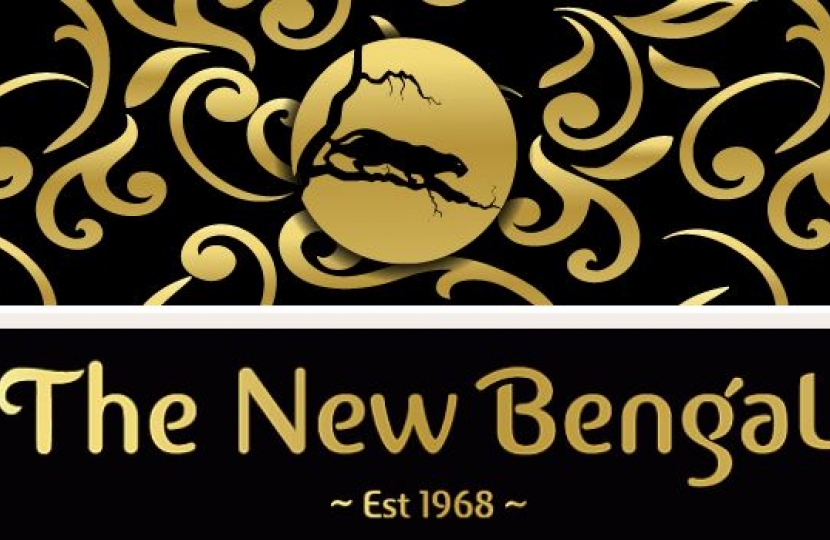 Local MP, Caroline Dinenage, has congratulated Gosport’s New Bengal Indian restaurant who have made it to the Regional Final of the Tiffin Cup 2019.

The New Bengal, which is located on Stoke Road in Gosport, now has the opportunity to win a place in the Grand Final. Over the next couple of weeks, a mystery guest will eat at the restaurant and judge them on food, ambience, décor, location and service.

This is the 14th year of the annual event which is organised by cross-party MPs. MPs across the UK have nominated a South Asian Restaurant in their constituency and ten entrants have been shortlisted by region. If The New Bengal wins the Regional Final their chefs will be invited to cook in Parliaments Bellamy’s Restaurant where the winner will be decided. This year’s final takes place on 2nd July 2019 and is chaired by celebrity chef Ainsley Harriott.

The competition is not only aimed at bringing awareness to Britain’s fantastic South Asian food but also raises money for the international World Vision charity for vulnerable children.

Gosport MP, Caroline Dinenage, nominated The New Bengal after the restaurant won a poll of local constituents on her Facebook page.

“I am delighted The New Bengal has reached the Regional Final for the Tiffin Cup, especially after they were overwhelmingly nominated by local people as their favourite local South Asian restaurant.  This is a credit to the hard work of the staff and chefs that provide such fantastic food and service. I wish them the best of luck in the upcoming finals.”