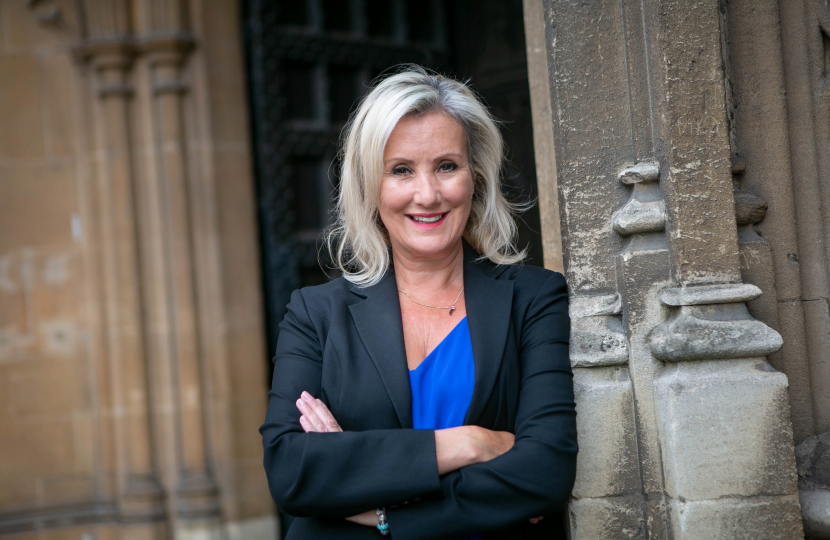 Dame Caroline Dinenage, a former Health Minister, has secured a long awaited debate on Childhood Cancer Outcomes. Cancer is the biggest cause of death among children and yet, incredibly, this will be the first time this vitally important topic has been the subject of a full debate in the House of Commons chamber.

The debate was due to take place this week but has been moved due to other Parliamentary business.

The backbench business debate, which is now scheduled to take place on Tuesday 26th April, has been inspired by Caroline’s 10 year old constituent, Sophie Fairall, who died in September following a year-long battle with an aggressive cancer, Rhabdomyosarcoma.

Sophie created a bucket list with the aim of improving the experiences of children and their families who find themselves in a similar position to herself. Sophie’s mother, Charlotte, has been determined to continue this remarkable work in her memory and Caroline, who was Care Minister at the Department of Health and Social Care from 2018-2020, has pledged her support.

“Childhood cancer is often described as rare, however it’s the biggest killer of children in the UK.

It’s incredible that there’s never been a debate in the chamber of the House of Commons on improving childhood cancer outcomes - every constituency in the country will have been touched by this tragedy.”

Caroline will be asking the Government to look at how we prevent, diagnose, treat and care for children’s cancer. She will ask for parents to be better equipped to notice the signs and symptoms and for cancer research funding to be better targeted. She will say:

"1 in 320 people will be diagnosed with cancer before their 20th birthday - the biggest killer of children - how can it be described as ‘rare’? The Government’s 10 Year Plan for Cancer is a one in a generation opportunity to move the dial on these heartbreaking statistics once and for all."

“We were really pleased to hear the debate will finally happen. It is very surprising to hear that this has never been debated in the House of Commons before.

We hope that change can finally happen so that children like Sophie have a better chance of being diagnosed quicker, receiving treatment that doesn't cause lifelong issues and a chance of finding a cure.

Children like Sophie deserve so much more and it is about time that this was debated.”