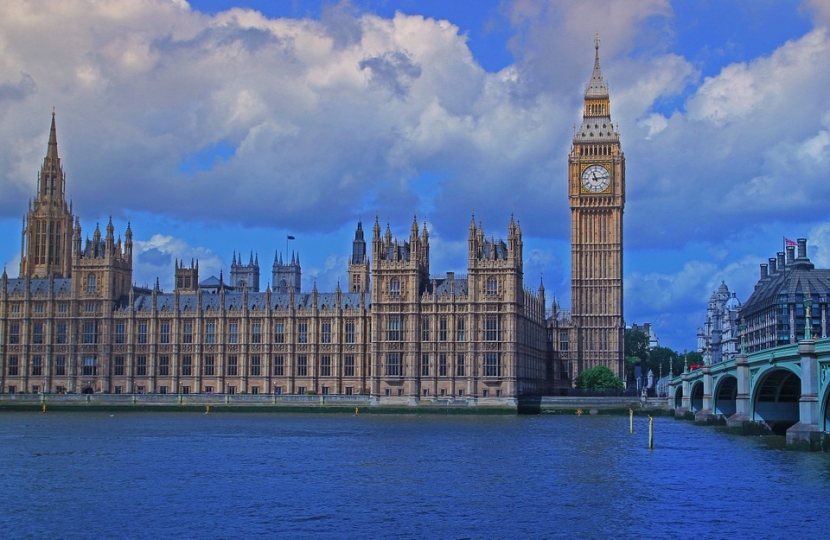 A number of constituents have contacted me regarding my vote in the Environment Bill, specifically in reference to Amendment 45.

First of all I need to state that online comments that I have actively voted to allow raw sewage to be pumped into our waters is untrue and doesn’t reflect my vote or the Bill, which you can read in full here. If you read it, you’ll see that the Bill itself toughens up existing Ofwat powers.

As someone who regularly enjoys a swim at our local beaches, I fully understand and share people’s concerns about the quality of our water, and I have consistently pushed for improvements.

There is just one Lords Amendment that was an issue. In theory we all agree with a ban on storm overflows. In practice, however, our sewage systems work by allowing discharges in extreme rainfall to prevent flooding. To ban it completely would mean most of the sewage system in the country would have to be reinstalled and in some cases sewage would be discharged into pavements, fields etc instead of the sea. It’s important the Government is addressing these technical details, not simply passing the buck to the water companies, so that by resolving one problem we are not causing another. Giving water companies the full financial liability for this (up to £150 Billion), would simply pass all the cost to customers - directly translating into massive water bills. This would hit local people in their pockets without necessarily solving the problem, especially when you consider water company discharge only accounts for between 4-10% of the pollution in our coastal waters.

On Wednesday’s vote the Minister said she is still looking at how this Bill can be strengthened without causing chaos to sewage systems, bankruptcy of water companies, or eye watering charges for customers. We all want to see more done in this area and I will be looking closely at this Bill as it continues its progress through Parliament.

In the meantime, I met with Southern Water this week and they have reassured me that they are committed to improving our water quality and have been taking actions to do so – you can find more on this here and here.  Southern Water have also agreed to my request to a public meeting with local residents in the next few weeks - I’ll be sharing details soon.

Studies carried out on Chichester Harbour, one of the worst affected local areas, showed that storm water discharges contribute to less than 10% of the pollution with 55% from background levels of nutrients within the Solent & coastal background entering the Harbour on each tide, 29% from agricultural runoff and the rest from urban diffuse pollution.

To improve our water quality, it is vital that we tackle all these causes of pollution. In the South East, senior leaders from 16 national and local organisations have committed to do just that. The collective effort will see businesses, local authorities, Rivers and Wildlife Trusts and others, working together to improve water quality through a range of measures, including nature-based solutions and technological innovation, agricultural good practice, water and nitrogen efficiency standards in new housing, and encouraging people to adopt new, water-efficient habits. You can find more on this here.

In addition, MPs from the Solent Region, including myself, have established a Southern Water Regional Forum which meets with Southern Water and other key stakeholders to secure improvements.

I fully agree that pollution from water companies is unacceptable, however, the Environment Bill will achieve progressive reductions in the harm caused by storm overflows, underpinned by the new direction to Ofwat to incentivise water companies to significantly reduce the frequency and volume of sewage discharges from storm overflows – without passing the cost to customers.