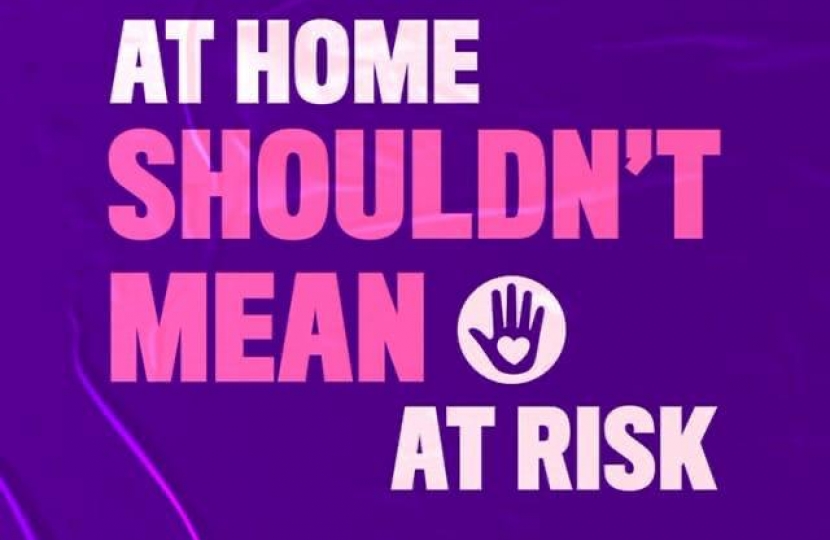 The Domestic Abuse Bill 2019-21 on Wednesday passed its Second Reading in the House of Commons.

The Bill was introduced last July by the former Conservative Government led by Theresa May, who joined Wednesday’s debate as a backbench MP. It is a comprehensive package of measures - which has gained cross-party support and widely welcomed by charities and stakeholders – to support victims and punish perpetrators.

The Bill importantly will introduce the first ever statutory definition of domestic abuse – including psychological, physical, sexual and emotional.

Since the 2019 General Election, further enhancements have been made, such as providing support and safe accommodation for victims and their families, improving on the pledge to ban abusers from cross-examining their victims and prohibiting contact with the victims.

“An astonishing 2.4 million people in England and Wales have suffered domestic abuse. That is unacceptable, and the reason why it is so important to shine a light on this crime.

“The Domestic Abuse Bill is a monumental step to empower victims and survivors, provide protection and tackle perpetrators at the earliest stage.

“Through this bill and bolstering law enforcement, we will be able to keep millions of victims safe.”

Local MP, Caroline Dinenage, became a champion of charity Hestia’s the ‘UK Says No More’ campaign last year – supporting their call to end domestic violence and sexual assault in the UK. She commented:

“Despite lockdown, I am pleased to see that important progress is being made in Parliament. The Domestic Abuse Bill is long overdue and a critical package of support for those most in need.

“The recent spike we have seen in those reporting abuse at home is deeply concerning and underlines the urgency of providing the right support and legal framework. Domestic abuse takes many forms and we need to ensure that victims have the protection they need, along with reassurance that the perpetrator will be punished for their crimes.

“I look forward to supporting this Bill as it faces its next hurdle.”

“Since the outbreak of Covid-19, and guidance for the public to remain at home, there has been a worrying increase in reports of domestic abuse. The National Domestic Abuse helping run by Refuge alone has seen an increase in the number of calls they receive by 49% after three weeks. Speaking in the debate, former Prime Minister Theresa May stressed the need to consider the “impact of lockdown on our overall health and wellbeing.”