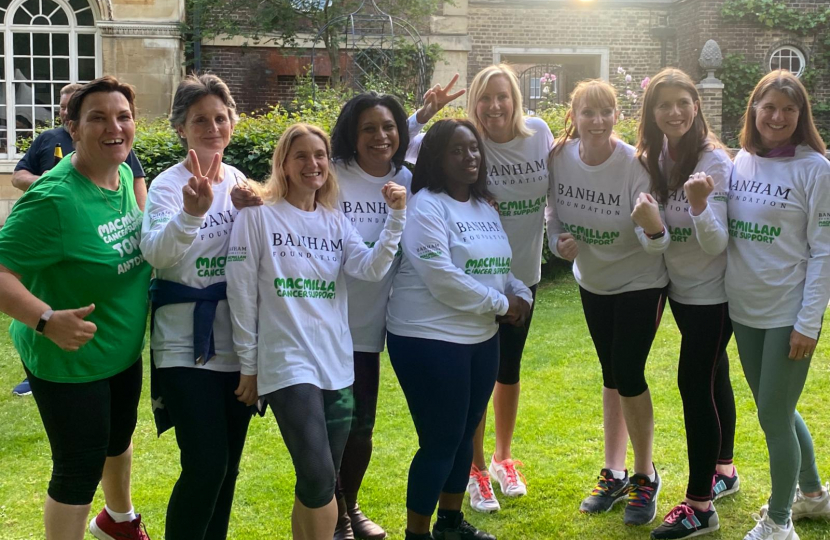 The fundraising event took place on Tuesday 7th June at College Garden, Westminster Abbey and involved a number of teams battling it out to be crowned the Tug of War champions of 2022, culminating in the annual competition between the House of Commons and the House of Lords.

The Male MPs team also maintained their unbeaten record of victory against the House of Lords.

Caroline has taken part in this event a number of times in the past, and is committed to helping raise funds for Macmillan Cancer.

“It was really great to have helped raise money for Macmillan Cancer by being a part of the House of Commons women’s tug of war team.

“It may all be about the taking part - but of course my team were determined to win, in memory of our friend Jo Cox MP, who was a supporter of this event. It was fun be part of a victorious Tory/Labour coalition - just for one evening”

Following the Covid-19 pandemic, more than 650,000 people with cancer have experienced disruption to their cancer treatment or care. Macmillan is committed to helping everyone who needs them from the point of diagnosis, to help people find their best way through. Macmillan professionals, including Macmillan nurses and support workers, make a huge difference in the care people receive, helping them through some of the most difficult periods of their lives.

This event will help raise funds for those who need this vital help and support.