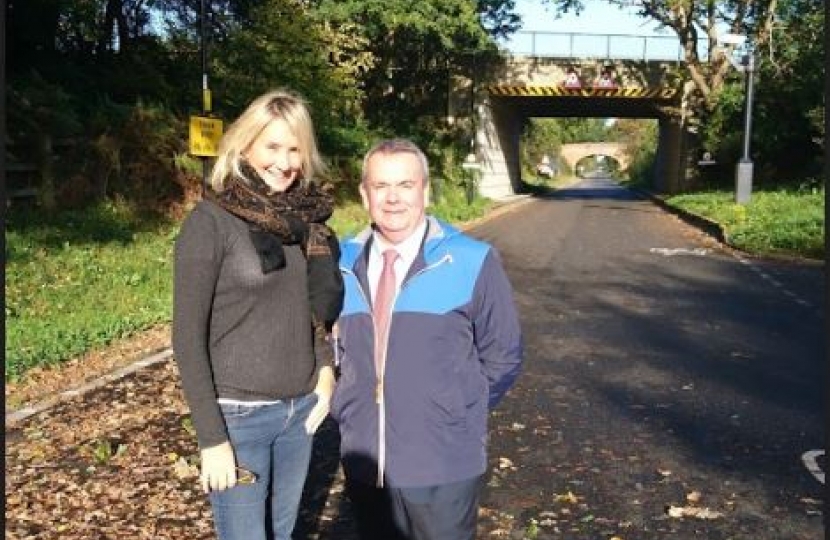 Caroline Dinenage MP has welcomed news that Hampshire County Council is to receive a £6.9 million funding boost to extend the Bus Rapid Transit busway from Tichborne Way to Rowner Road. Caroline leant her full support to the Council's funding bid, which was submitted over the summer.

Funding will be awarded through the Department of Transport's National Productivity Investment Fund, which aims to ease congestion, provide upgrades on important local routes, and unlock economic and job creation opportunities. Hampshire County Council is one of a number of local highway authorities in England which have been successful in bidding for funding. In total, the funding will enable projects worth more than £527 million to go ahead, with £345.3 million of the Department's funding.

The Rapid Transit Eclipse services have achieved growth of around 65% compared to the services they replaced, which has led to an overall increase in bus use in Gosport and Fareham of 12%. Customer survey results have reinforced this success, and First now operate Eclipse services every five minutes in each direction along the busway. An independent case study carried out by KPMG has indicated that for every £1 spent on the Gosport-Fareham BRT, the scheme has delivered up to £6.94 of benefits to users, non-users and the local economy. Further development of the BRT network remains part of the overall transport strategy for South East Hampshire, and the busway southern extension forms part of the Solent LEP's Strategic Transport Investment Plan.

Commenting, Caroline said: 'Addressing our area's crippling congestion problems has always been a priority of mine, and I'm thrilled that the Department for Transport has recognised the substantial local benefits of extending the BRT Busway. This will build on the significant improvements the busway has already delivered. Historically, the Gosport peninsula has suffered from chronic underinvestment in transport infrastructure, and while there is still more to do I am glad that much needed progress is being made'.