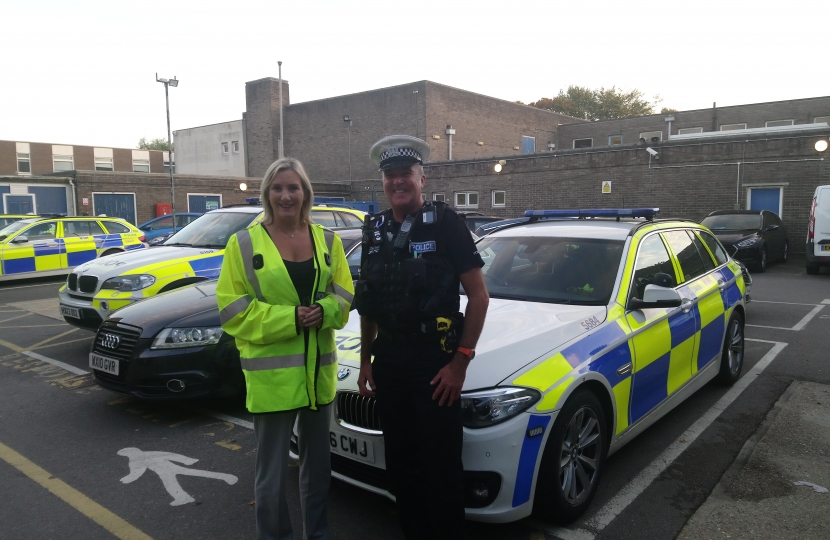 Local MP, Caroline Dinenage, has welcomed the news that new measures are set to be introduced to keep women and girls safe and support domestic abuse victims, putting victims’ voices at the heart of Government’s decisions.

The new measures introduced to the Police, Crime, Sentencing and Courts Bill build on measures already in the Bill, to better protect women. They include ending the halfway release of offenders sentenced between four and seven years in prison for serious sexual offences.

Under the new changes, the time limit for prosecuting common assault charges in domestic abuse cases will be extended. Currently, prosecutions must commence within six months of the offence. Instead, this requirement will be moved to six month from the date the incident is formally reported to the police – with an overall time limit of two years from the offence to bring prosecution. Domestic abuse is often reported late relative to other crimes; so this will ensure victims will have enough time to seek justice.

In addition to this, a new offence will be introduced that stops people filming or taking photos of mothers breast feeding without their consent. This will be made punishable by up to two years in prison. This will cover situations where the motive is to obtain sexual gratification, or to cause humiliation, distress or alarm.

“As a former Minister for Women and Equalities and a current member of the Women and Equalities Select committee, I am pleased that the new measures introduced into the Police, Crime, Sentencing and Courts Bill will provide further protections to new mums, as well as ensure that victims of domestic abuse receive better support and justice for the crimes committed against them.”

“We are committed to doing everything we can to protect women, make them feel safer, and give them greater confidence in the justice system.”

“We’re giving the victims of domestic abuse longer to report the offence to the police – so abusers don’t evade justice. And we will introduce a new offence to stop people filming or taking photos of mothers breast feeding without their consent – because no new mum should be harassed in this way.”

“I strongly welcome the additions made to the PCSC Bill today, which allow victims of domestic abuse more time to report to the police.”

“It is important that all domestic abuse victims have the time and opportunity to report to the police. This is especially important following Covid restrictions, when many victims faced additional challenges to seeking help and reporting domestic abuse.”

“I want to see increased prosecutions for domestic abuse, and hope to see that as these measures remove another barrier to bringing perpetrators to justice.”