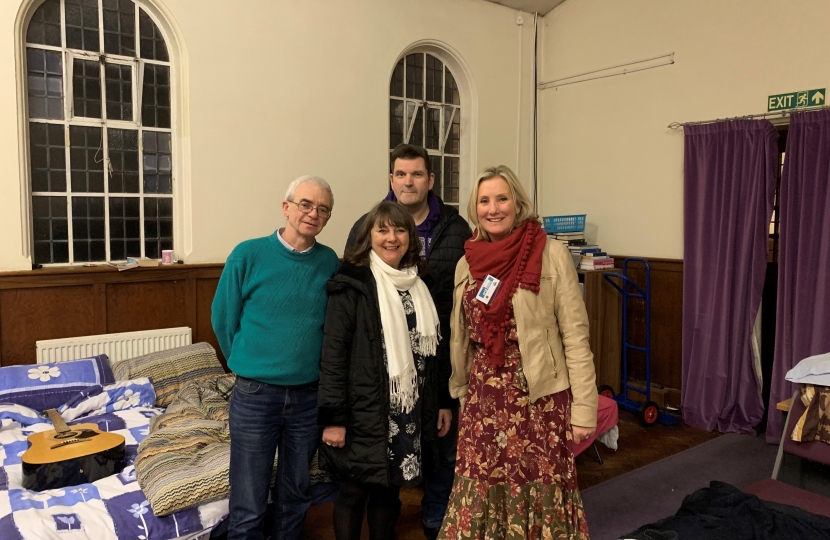 The Conservatives have announced that councils will receive a share of an additional £112 million through the Rough Sleeping Initiative to help get people off the streets and in to safe and secure accommodation.

It builds on the Prime Minister’s drive to end homelessness and the announcement before Christmas of £260 million for local authorities to help people who are homeless or at risk of losing their homes get back on their feet.

The Rough Sleeping Initiative has reduced the number of vulnerable people sleeping rough in the areas it has been operating by 32 per cent since its introduction in 2018, and is a central pillar of the government’s strategy to end rough sleeping completely by 2024.

“We have a responsibility to care for the most vulnerable in society, and I am pleased to see that the Government is continuing to act on its commitment to end rough sleeping by 2024.

Gosport has worked hard to help rough sleepers, currently five individuals of concern have been identified by the Homeless Action Group all of whom have been seen by the organisation.

However just one individual on the street is too many, and we shall continue to work with the Government and local organisations to get people the support they need”

Caroline recently visited the Gosport Open Doors project which is a volunteer run scheme, led by Caritas and Gosport churches, which offers an overnight bed, hot dinner and breakfast as well as friendship and support for local rough sleepers.

“No-one should have to face a night on the street and we have a moral duty to support those who need help the most. It is encouraging to see more people getting the support they need, but there is always more to do.

“We are focusing relentlessly on this issue and our efforts have already led to the first nationwide fall in rough sleeping in a decade – and the areas funded by our Rough Sleeping Initiative have seen rough sleeping numbers fall around a third more than they would be without this vital programme.

“But we need to go further. That is why we are providing this funding so vital work can continue as we set out to end rough sleeping once and for all.”

Local MP and former Health Minister, Caroline Dinenage, has welcomed the plan set out to improve access for NHS patients and support GPs.