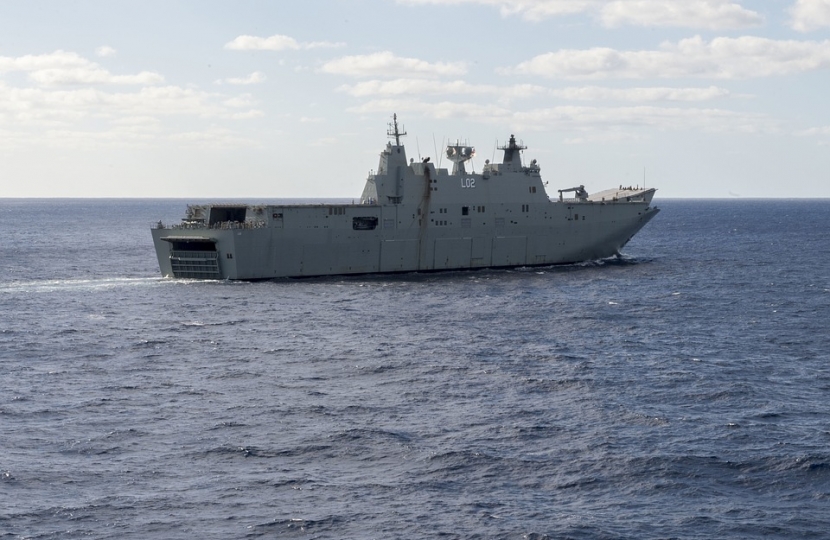 Caroline Dinenage MP has welcomed the Government's ambitious new shipbuilding strategy, which will see billions invested in growing the Royal Navy over the coming decade.

In a statement to the House, the Secretary of State for Defence, the Rt Hon Sir Michael Fallon, announced that the new strategy will adopt all 34 of the recommendations included in Sir John Parker's Independent Review, published last November. Reforms will transform procurement practices and help to develop a more sustainable and competitive shipbuilding sector. The strategy will lead to more cutting-edge ships for the growing Royal Navy whilst also maximising export potential. Having not exported a UK warship since the 1970s, the new ships will be designed to be attractive to navies around the world.

The Government will launch a competition to design and build a new class of general purpose frigates, the Type 31e, five of which will be built in the first batch. Each of these ships will cost no more than 250 million pounds and will be built in Britain. The first is expected to be in service by 2023. The new strategy will enable a modular construction process which could see frigates built across different shipyards, before being assembled at a central site. This reflects the construction process used on HMS Queen Elizabeth and HMS Prince of Wales.

The plan will help boost jobs, skills, and growth in shipyards and the supply chain across the UK. The strategy document can be read in full, here.

Commenting, Caroline said: 'The Secretary of State's announcement is a welcome demonstration of the Government's commitment to both the Royal Navy and the long-term future of our domestic shipbuilding industry. It's also great news for our local economy, which is underpinned by the wider maritime and marine engineering sector. A modern, efficient and globally competitive shipbuilding industry will increase skills, exports and prosperity, while also ensuring our Navy remains able to effectively project UK influence across the globe'.