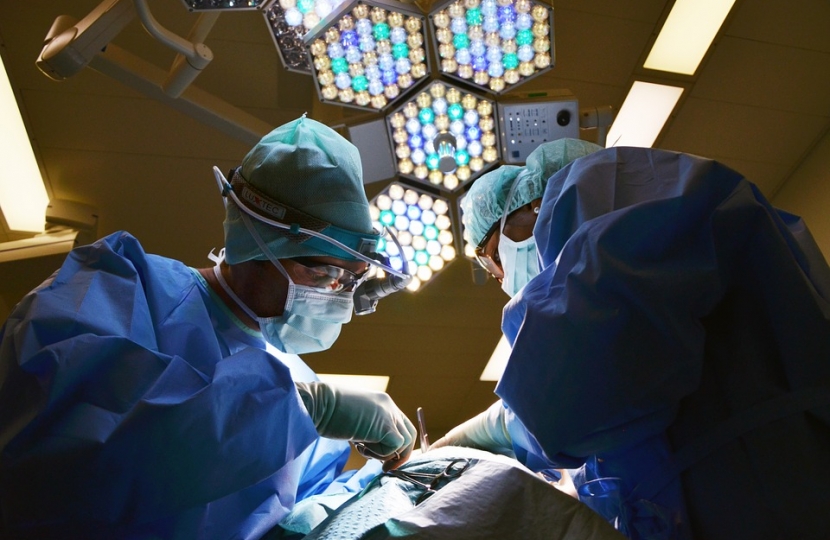 Gosport's MP Caroline Dinenage is calling on local residents to help save vascular surgery at the Queen Alexandra Hospital.

A consultation is to be launched this Monday into the controversial plans to reform vascular surgery provision in the region. While the exact details are yet to be unveiled, one proposal could result in the transfer of almost all vascular services away from the Queen Alexandra Hospital to Southampton.

Speaking days before the launch of the consultation, Caroline said:

"Vascular surgeons are integral to much of the life-saving work at QA, with renal, cancer, diabetic, interventional radiology and stroke services relying on the work that they do. The loss of the majority of vascular surgery functions at the hospital would be a huge blow across the board".

The local MP was also keen to stress that the Queen Alexandra Hospital's status as a 'super-hospital' must be considered:

"My constituents in Gosport have already had to face the loss of the hospital at Haslar. Any downgrading of the services at QA would seriously call into question whether the 'super-hospital' promised in its place has been delivered".

The consultation, run by the Southampton, Hampshire, Isle of Wight and Portsmouth PCT Cluster, is to be launched on Monday 16th January and will run for 3 months. Caroline is urging all members of the public to have their say. She added:

"The removal of services from QA must not be seen as a 'done deal' – it is vital that health bosses know how strong the local feeling is on this before it is too late".