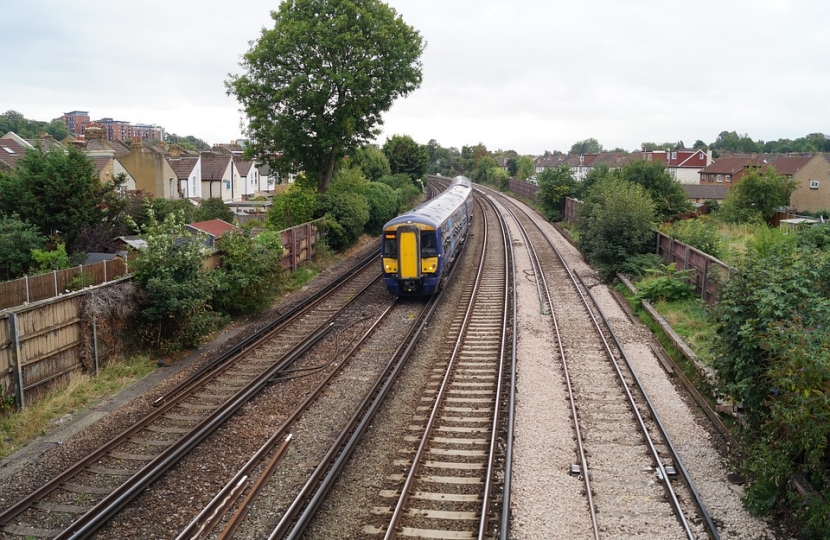 Caroline Dinenage MP met yesterday with the Secretary of State for Transport, the Rt Hon Chris Grayling MP, to emphasise the benefits of a direct rail link between the South and Heathrow Airport.

Having already emphasised the benefits of a direct rail link in a letter to the Transport Secretary, Caroline followed up by arranging for Hampshire MPs to collectively make the case for southern access. This would put an end to her Gosport Constituents having to travel into London or via an infrequent bus connection from Woking to access the airport.

One of the suggested schemes, brought forward by Heathrow Southern Railway [HSR] Limited, proposes a Southern Rail Access Scheme which would offer direct services from Basingstoke to London Paddington and Old Oak Common via Heathrow, providing not only access to the airport but also a vital link to HS2 and the Elizabeth Line. By providing an alternative London terminal to Waterloo, the development would also provide much needed capacity relief at peak periods.

HSR's initial appraisal of their scheme shows a Benefit Cost Ratio of 6.82, based on Heathrow's existing runway capacity, and with a third runway the Benefit Cost Ratio increases to 15.37. Both values are much higher than the 4.0 level classified as 'very high value for money' by the Department for Transport.

The Transport Secretary said he was aware of the need for direct southern access to Heathrow, and assured Hampshire MPs of his commitment to finding a solution to the current problems. He suggested that the Department for Transport is currently doing some financial modelling on the situation and is likely to explore a range of possible options early next year.

Commenting, Caroline said: 'Despite Hampshire's relatively close proximity to Heathrow, rail services are currently poor. A direct rail link from the South would benefit both the local and national economy, ease congestion, deliver reliable journey times and reduce air pollution, by taking cars off the roads. The Transport Secretary was aware of the need for southern rail access to Heathrow, and encouragingly receptive to our views. I will continue to follow this important matter closely.'