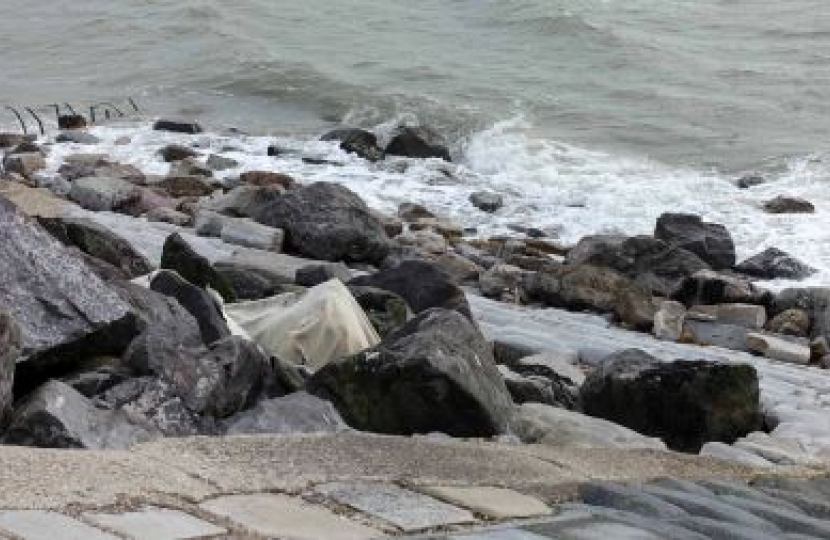 Local MP, Caroline Dinenage, today met with the Minister for Nature Recovery and the Domestic Environment, Rebecca Pow and the Environment Agency to discuss growing concerns about the Gosport sea wall, which protects Portsmouth Harbour.

The sea wall, which runs along the lower right corner of the Gosport peninsula, covering the coastal part of the former HMP Haslar, the road in front of Royal Haslar and the whole southern flank of Fort Blockhouse, costs thousands of pounds each year to maintain.  It has seen a recent combination of storm damage and beach erosion which, if left unchecked, could pose a significant risk.

Caroline expressed her concerns surrounding this to the Minister.

“The Gosport sea wall is the vital barrier which helps protect the integrity of Portsmouth Harbour.  Portsmouth Naval Base, the Commercial Port and hundreds of homes and businesses which surround the harbour depend upon it being kept in good condition.

I’m pleased the Minister has taken my concerns seriously and asked DEFRA officials and the Environment Agency to look into it further.

I will be hosting a meeting with other agencies later this month to ensure there is a strong plan in place to see the sea wall is properly maintained.”