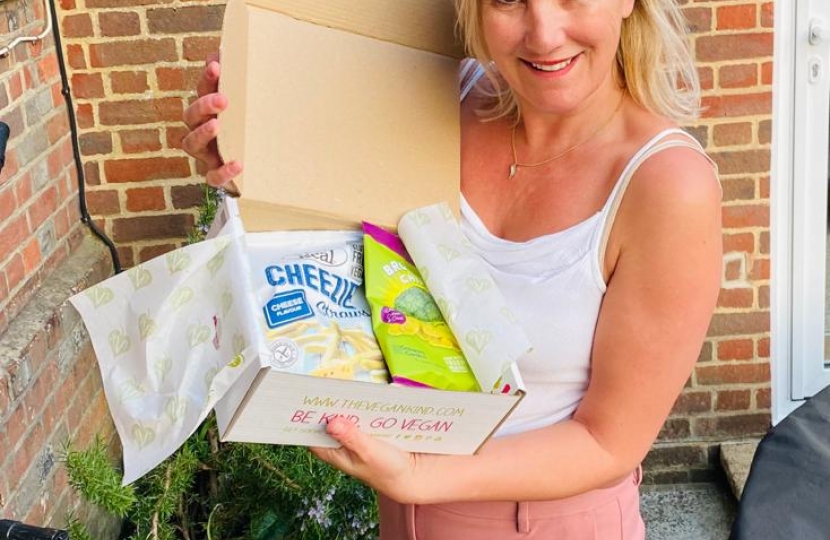 For Earth Day this Thursday, Gosport MP, Caroline Dinenage, has pledged to join the People for the Ethical Treatment of Animals (PETA) Campaign to eat vegan.

Caroline has long been an advocate for animal rights and welfare; Caroline severed as the honorary Vice-Chairman of the RSPCA and was chosen as rockstar Brian May’s ‘Hero of 2010’ for her work in the League Against Cruel Sports and Conservatives Against Fox Hunting.

In addition, she shares her constituent’s passion for tackling climate change. Caroline has been supporting the Environment Bill, which will create legally-binding environmental targets, as it passes through Parliament and over the years has joined charities such as Tearfund and local activists at The Time Is Now Lobby to discuss conservation and carbon emissions.

This week, to raise awareness about sustainable food sources and food-related carbon emissions, Caroline has pledged to eat vegan for the day.

Recently, environmentalist and broadcaster David Attenborough has stated that, “We must change our diet. The planet can’t support billions of meat-eaters.”

Vegan meals have the smallest carbon footprint of all food, and can reduce your food-related carbon emissions by up to 73%. In addition, the worlds 13 biggest dairy farms in the world produce the same amount of greenhouse-gas emissions as the entire UK.

“This Earth Day I will be joining PETA by pledging to eat vegan.

“By mixing up our diets, choosing sustainable sources and supporting local producers we can make small changes to our lives that can create a big difference.

“Whether it is going vegan, or having meat-free Mondays, a balanced diet is key to a creating a better environment and healthier lifestyle for us all.”