Caroline goes for gold with Mondelez! 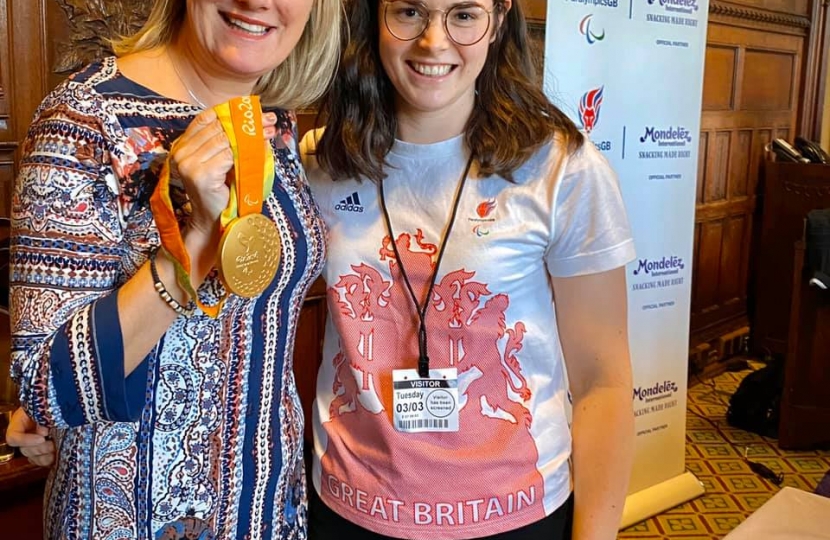 Caroline chatted to Grace about her background and how she got involved in rowing, as well as her gold-medal success in the Paralympic Games in Rio de Janeiro in 2016.  Grace also demonstrated the different sounds that gold, silver and bronze Paralympic medals make for athletes with visual impairment.

The event was hosted by Mondelez - one of Britain’s largest branded food manufacturers and home to some of the most iconic British brands including Cadbury, Maynards Bassetts, Trebor and Ritz. Mondelez offers support to many of its partner organisations, including Paralympics GB and GroceryAid.

‘It’s been wonderful to chat to Grace about getting into rowing, her fantastic gold medal victory in Rio and to hear about the many organisations Mondelez supports. It is truly inspiring to hear stories like this and it’s a fantastic reminder of what can be achieved with grit and determination!’