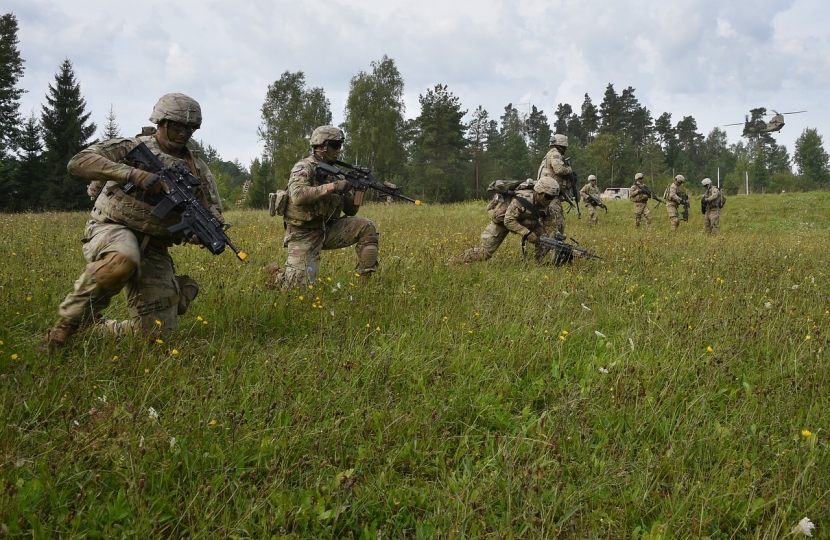 The Prime Minister and Chairman of the Conservative Party have become the first political party to sign the Armed Forces Covenant, formalising the Conservative’s commitment to respect and care for those who risk their lives in service of the United Kingdom.

The Armed Forces Covenant sets out the rights of the Armed Forces Family (current servicemen and women, their family and dependants, veterans), meaning the Conservative party have committed to supporting service people’s family members into employment, supporting employees who seek to serve as a reservist, pro-actively marketing all vacancies to the veterans community, among other commitments.

This builds on the Conservative Party’s already strong links with the armed forces community, having legislated the covenant into law, investing £10 million in a Covenant fund, opening a new Office for Veterans Affairs, launching a UK-wide Veterans Strategy and an ID card to mark time served in the armed forces, all of which ensuring that service men and women are given the respect that they deserve.

“As an MP for a constituency with strong, proud military heritage, I welcome the Prime Minister’s and the Chairman’s signing of the Armed Forces Covenant.

“It is absolutely right that we must support, respect and recognise the veterans and service people who so bravely defend our country and values.

“Especially given Gosport’s large Falkland veteran population and indeed current serving members of the Armed Forces, the Covenant will help to ensure that service men and women, veterans and their dependants will get the upmost support.

“Businesses and organisations are also able to sign the Armed Forces Covenant and I would encourage all who can to do so.”