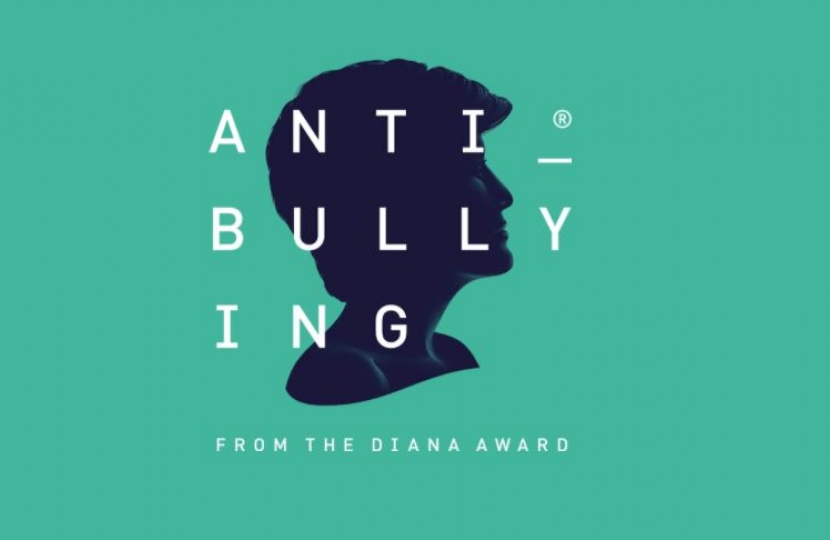 Next week, Anti-Bullying Week 2020 will raise awareness about the harm that bullying behaviour has under the theme ‘United Against Bullying.’

Gosport MP, Caroline Dinenage, has joined the Diana Award charity to contact local schools about the free, online resources that they have to help them empower and build confidence in children and tackle bullying.

From online workshops to an Anti-Bullying Ambassador Programme, the charity – set up in honour of Princess Diana – works to empower young people to change the world for the better. Caroline is also working with the charity on their Mentoring Programme, taking part in their ‘One Hour, One Young Person, One Parliamentarian’ campaign later this month – mentoring a young person for an hour who has requested support and guidance.

“Bullying comes in many guises, but no matter what form it takes, it has detrimental effects on the wellbeing of our children.

“I know that our local schools work incredibly hard to build the confidence of our kids and tackle bullying behaviour. I hope that the resources from the Diana Award can help their continued efforts.”

“It’s great to see Caroline is committed to sharing our resources with schools, to support them tackle bullying behaviour.

“We know that it requires a whole-school approach to stamp out bullying behaviour, so we’re thrilled to see the community coming together to share ideas and best practice.”