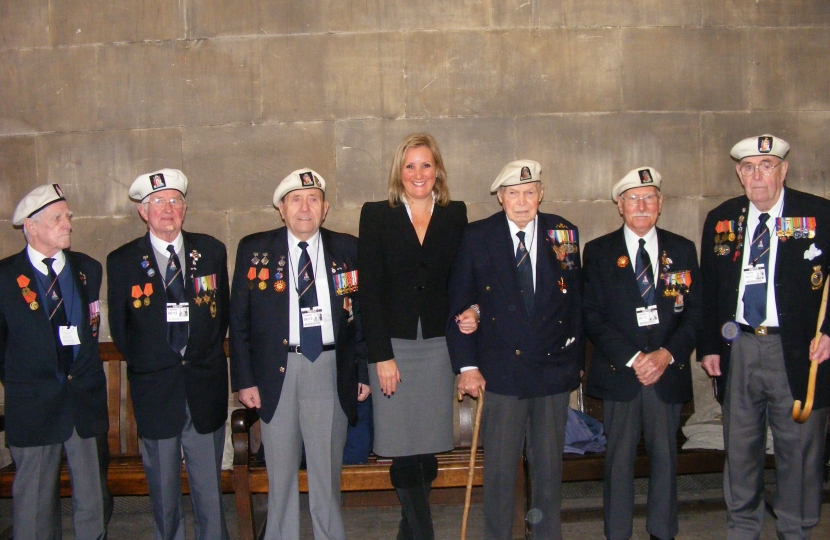 Sunday 9th May marks the 76th anniversary of Victory Day in Russia. During World War Two tens of thousands of men endured what Churchill described as “the worst journey in the world” with the highest attrition rate of any sea campaign of the War, to keep essential supply lines open to Russia.

While tens of thousands took part, today only around 120 of these brave veterans are still alive.

Having met a number of the veterans back in 2003 Gosport MP, Caroline Dinenage, fought a long campaign for rightful recognition for these brave men, who were part of the only major maritime campaign of WWII without a dedicated medal. After securing a Westminster Hall debate in Parliament on this issue and holding numerous meetings with Defence Ministers and the then Prime Minister, David Cameron, in 2012 Arctic Convoy veterans and their surviving families, finally received the dedicated Arctic Star medal.

“It remains one of my proudest achievements as Gosport’s MP, not only to have met so many of these men, true heroes, but to have played a part in securing this important recognition of their bravery and sacrifice.

“The Arctic Star is more than just a medal; it is a symbol of the horrors that tens of thousands of brave men endured in order to keep those vital supply lines open.

“On the anniversary of the Russian Arctic Convoy, we commemorate all those whose valour helped deliver the freedoms we all enjoy today.”

To mark the anniversary, the Russian Arctic Convoy Museum is holding a small, virtual event on Sunday 9th May at 2pm. Joining the broadcast will be the HRH Prince Michael of Kent, The Lord Lieutenant of Ross-shire and Cromarty on behalf of Her Majesty the Queen and the Russian Consul general in Edinburgh.