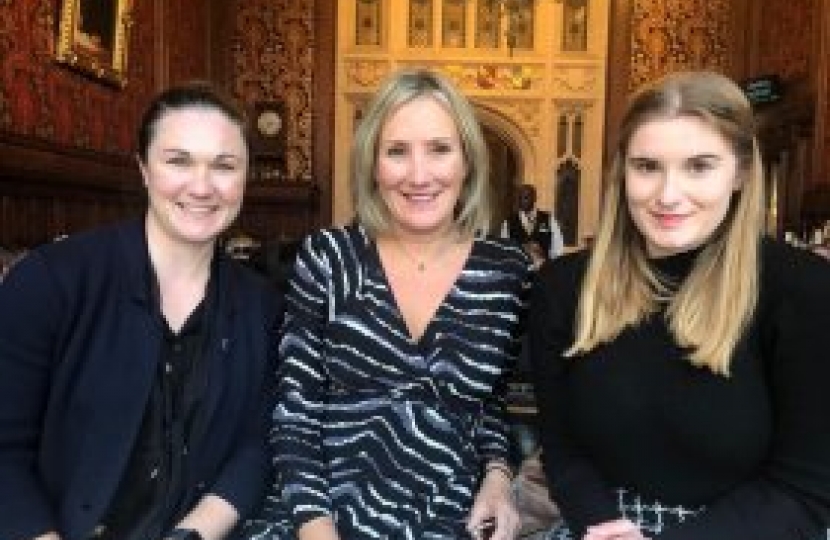 "I had a fantastic day with Evie and Sarah in Parliament who were invited from Gosport to take part in Ask Her To Stand Day. It was amazing to see Westminster filled with inspiring and enthusiastic female constituents marking 100 years since women could stand for election." Caroline Dinenage MP.

Today marks 100 years since the Qualification of Women Act, which allowed women to stand for election to become a Member of Parliament. Over 350 women were invited to Parliament by their MP to take part in Ask Her To Stand Day organised by 50:50 Parliament. Currently there are twice as many male MPs as female, at the rate that female MPs are getting elected it will take 50 years to achieve full gender equality in Parliament. 50:50 Parliament therefore aims to achieve an inclusive and gender-balanced parliament by supporting and encouraging women to get involved in politics.

"Looking around it is fantastic to see record numbers of female MPs and the diversity in the Chamber. Despite the momentous accomplishments over the past 100 years, I was only the 311th women to be elected in Parliament in 2010 which is an indicator of how far we still need to go. More can be done to inspire and encourage women to get involved in politics and today has been a fantastic show of female accomplishment and participation. Women should know the importance of their voice and the difference they can make in the community and across the nation in politics."