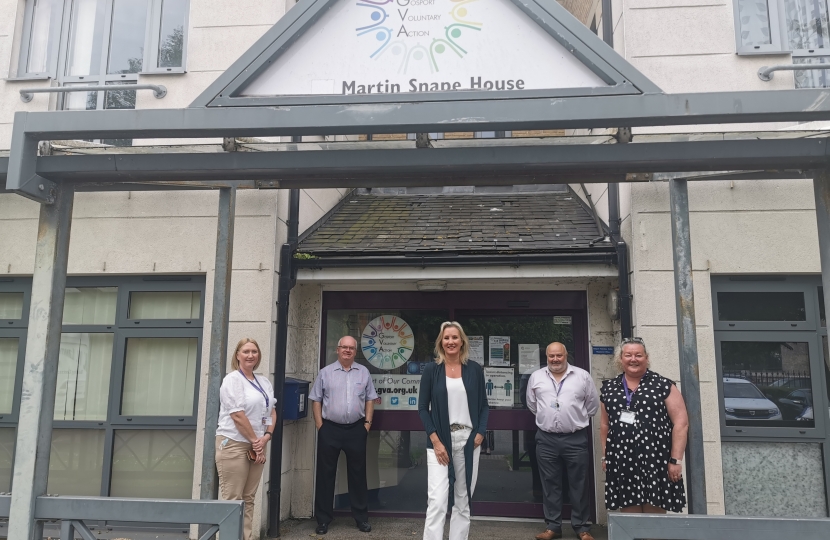 Trustees’ Week, now in its 11th year, celebrates the time, commitment, skills and experience the UK’s one million trustees bring to charities and to offer them an online ‘one-stop shop’ where they can find training, guidance and other resources

This year, in particular, the Commission wants to encourage charities to think about the ideas, perspectives, skills and experiences they need on their trustee board in order to thrive and to encourage a wider range of people to consider becoming trustees.

Caroline is marking Trustees’ Week 2021 by thanking trustees in Gosport for the vital work they do. Caroline also encourages local trustees to sign up to one of the over 60 free or low-cost events taking place this week, and prospective trustees to explore the information available on the Trustees’ Week website.

“Trustees, who freely give up their time to help others, are part of what make charities across Gosport, Lee on the Solent, Stubbington and Hill Head so special.

There are 155 charities in Gosport and this Trustees’ Week, I would like to send my heartfelt thanks to all the trustees who do vital work in our communities.”

“Almost all trustees volunteer their time for free, doing their important work often on top of already busy lives. They are the life blood of charity in our country, and they are, for the most part, unsung heroes. Trustees Week is about taking a moment to shine a light on trustees, about saying thank you to the 700,000 people in England and Wales who serve their communities and the causes they care for.”