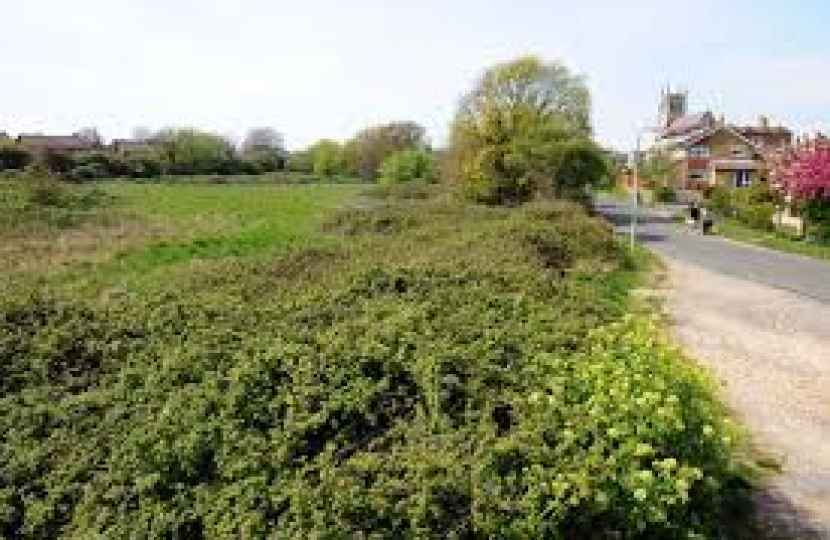 Gosport MP Caroline Dinenage today raised the issue of the Stokesmead site in the House of Commons; calling for a debate on companies hoarding land that they won't sell off but can't get permission to develop. Stokesmead field in Gosport is a beautiful but controversial site that despite a lack of development remains closed to the local community.

Speaking in the Chamber Caroline said, "For 30 years a company called Abbey Homes have been sitting on the Stokesmead site in my Gosport constituency; unable to develop it and yet unwilling to sell to the local borough council, or indeed to local residents who would like to see it used as a village green. Could we have a debate on this type of land-banking, which does nothing to benefit out local communities?"

Responding, Leader of the House William Hague said, "Well such issues do create strong feelings in local communities and my Honourable Friend is always very strong in speaking up for her local community, and has done so again today. As on other issues that we have talked about in this statement it is open to her to promote such a debate and to seek an adjournment debate or a backbench business debate, and I encourage her to do so."

Speaking outside the Chamber Caroline said, "This could be a lovely area for local people; instead it sits undeveloped and surrounded by very high fencing. In the coming weeks I'll be calling an adjournment debate in the House of Commons both about this site and about the wider issue of companies who sit on undeveloped land and shut out local communities."