Caroline calls for help with fight for Arctic Convoy Medal 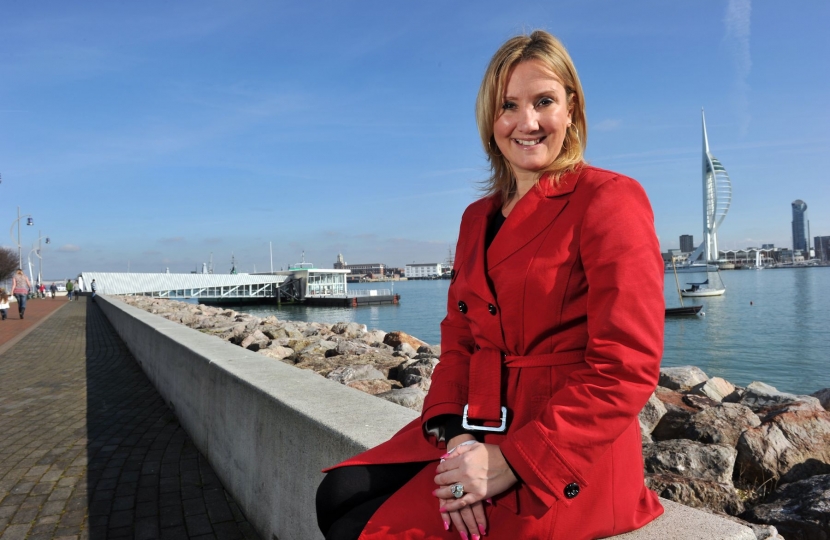 Gosport MP Caroline Dinenage has called on the public to help her in her campaign to persuade the Ministry of Defence to honour the Arctic Convoy veterans with their own medal.

The Gosport MP is encouraging as many people as possible to sign an online e-petition on this subject.

Under new legislation introduced by the Conservative Government, if an e-petition receives 100,000 signatures it can be debated in the main Chamber of the House of Commons.

Caroline said "I feel that I have done nearly all I can on this campaign, I have questioned David Cameron at PMQs, had a private meeting with him at Downing Street and recently held a Westminster Hall debate in Parliament on which received strong interest from across the political spectrum as well as the national media."

"I now need people to help get a full Parliamentary debate on this by signing the e-petition for an Arctic Convoy medal and spreading the word to their family and friends to do the same."

The Government has decided that an independent review will be carried out into the rules governing the award of military medals, with a verdict expected in 2012, however the scope of the review, and who will lead it, has yet to be announced.

"With only 200 of the tens of thousands of veterans still alive to receive this honour, time is of the essence. The outpouring of support I continue to receive off the back of the debate proves that there is strong demand for our heroic veterans to be awarded an Arctic Convoy medal and this will only serve to spur me on."